This Sunday article is updated.

Election-year tension in Michigan's Republican Party erupts as one brash candidate appeals for "patriots" to "storm the convention" of party delegates in Grand Rapids on April 23. 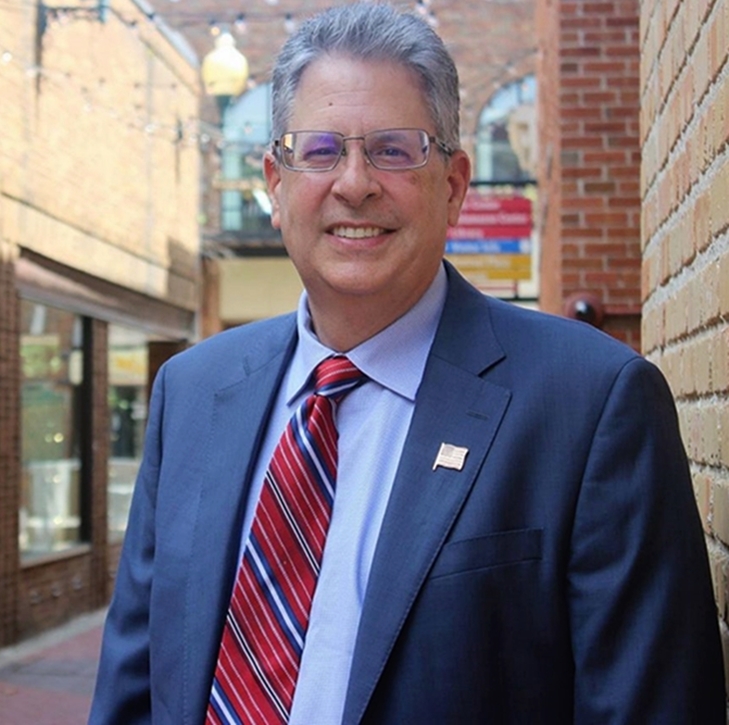 Matt DePerno: "It is time for the grassroots to unite." (Campaign photo)

"There are four easy steps to attending the state convention and making sure your voice is heard in nominating Matt DePerno as Attorney General," the Portage lawyer's campaign commitee says at a website urging backers to attend party meetings next Monday in each of Michigan's 83 counties. He's one of three men jockeying to run against Atty. Gen. Dana Nessel, the state's top law enforcement official.

Precinct delegates will choose about 2,500 Republicans and about 2,500 alternates to send to the state convention on April 23, where they will vote to back candidates to run in the fall.

DePerno's call for large turnouts at the local level Monday "raised the eyebrows of Republican insiders in Michigan," Craig Mauger of The Detroit News writes Tuesday.

Those battles in counties across Michigan could determine the outcome of the attorney general race, which is expected by many to be close on April 23.

"This is going to be like the old school county conventions when whoever can fill up the room the best wins out."

"If folks want to disrupt the convention, I would ask: To what end?" 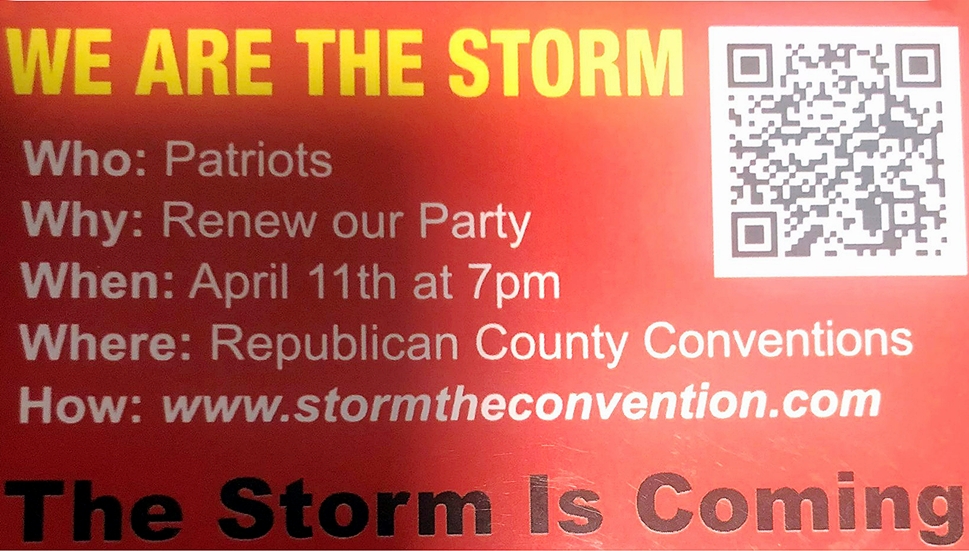 At their Grand Rapids convention in two and a half weeks, Republicans will endorse nominees for attorney general, secretary of state and two Supreme Court seats. (Voters nominate candidates in other races at an Aug. 2 statewide primary.)

"It’s time for us to take back our Republican Party and our state," proclaims DePerno.

His two rivals for nomination are second-term state Rep. Ryan Berman of Commerce Township and former House Speaker Tom Leonard of DeWitt, who lost to Dana Nessel in 2018 by 112,626 votes.

Berman says DePerno's move shows "desperation," according to The News. "I think it's counterproductive," he's quoted as saying.

DePerno promoted the new effort Saturday at a "Save America" rally in Macomb Country, where Donald Trump restated support for DePerno, who spoke twice. "I need every one of you to go to county conventions on April 11," De Perno said, according to The News.

"It is time for the grassroots to unite. And if you're not a delegate, you still need to go to county convention. It is time to storm the convention."

DePerno placards with the stormtheconvention.com address said "We Are the Storm" and "The Storm Is Coming," as shown above.

The campaign's one-page site lists the location of each county convention at 7 p.m. next Monday and suggests: "Run for delegate or alternate. ... Delegate is best, but many alternates will be elevated, so that is an important position as well." It offers assistance getting to Grand Rapids on April 23.

"We fully anticipate to walk out of the convention victorious and the nominee for the Republican Party that is going to defeat Dana Nessel," DePerno says in a statement to The News.

DePerno is a lawyer who rose to infamy after filing a case challenging the Antrim County 2020 general election results and has amplified numerous baseless accusations and false statements regarding rigged election equipment and thrown-out ballots. He was also involved in a so-called "audit" in Arizona that ended up reaffirming Biden’s victory, and has pushed for Michigan to have a “forensic audit” of its own.

Michigan has conducted over 250 state and local election audits of the 2020 election, all of which have shown no evidence of widespread fraud.

Dan Wholihan, a Republican attorney in Brighton who as Livingston County party chair from 2013-18, comments on DePerno's convention-packing strategy in a Twitter thread. Its impact "depends on the processes of [each] county party (how it elects state delegates), logistics (who is willing to go to Grand Rapids), and most of all who shows up at county.

"Other question[s]: how many delegates/alternates show up to GR (how many alternates are elevated) [and] how many of the DePerno folks (or Leonard, or Berman) are currently precinct delegates?"

At-large delegate seat also are available for party officeholders who live in the county and "the most recent Republican nominees for state senate, state representative, countywide and county commission positions. ... The number of delegates at-large shall be in addition to the number of delegates specified in the call for the April 11, 2022, county conventions."

Depending on responses to "We Are the Storm" appeals, the Republican endorsement and nominating process for attorney general will be lively and maybe bumpy. A storm may be coming indeed.