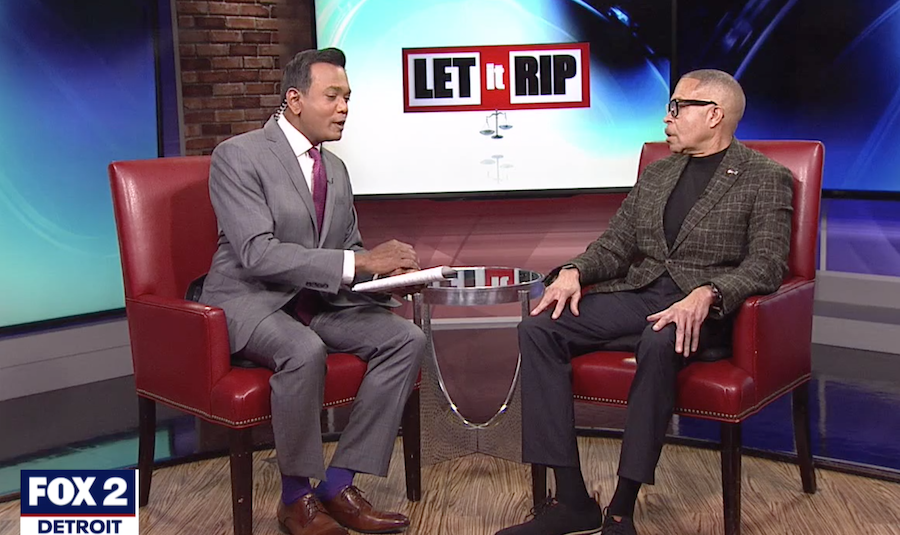 Ex-Chief Craig on "Let It Rip"

Apparently trying to embellish his conservative credentials, ex-Detroit Police Chief James Craig, who is running for governor, said Thursday night that he's anti-abortion, would make a version of Florida's "Don't Say Gay" law even tougher in Michigan and is against teaching critical race theory.

Appearing on Fox 2's "Let it Rip" with host Roop Raj, the Republican commented on those controversial issues and explained why he favors the "Don't Say Gay" bill signed by Florida Governor Ron DeSantis late last month that forbids the teaching of sexual orientation or gender identity in kindergarten through third grade.

"I agree with the governor, spot-on," he said. "The true stakeholders are the parents. Why are we going to have teachers teaching K through 3, sexual orientation or gender identity? It's wrong. In fact I would be a little more aggressive with it. I would go beyond the third grade, maybe the sixth grade."

Craig was asked about the governor's new lawsuit to make sure abortion remains legal in Michigan if Roe v. Wade is overturned by the Supreme Court.

Craig called it politics and said the Supreme Court hasn't overturned that law. But asked if it did, what would he do as governor?

"When that bridge is crossed, I'm pro-life," he said. "I don't know how many other ways to say that. I'm consistent, I'm unapologetic about it."

He said he leads in internal polls among GOP challengers by double digits and is ahead in some surveys against Whitmer.

"I'm feeling good. The momentum is behind me in our candidacy. I've been around this state. People are craving for change."

He also spoke about the Trump rally last Saturday in Macomb County in which ex-president mentioned only one Republican gubernatorial candidate, Tudor Dixon.  Raj asked if Trump's lack of publicly recognition bothered him.

"No, he said she's doing a good job, he didn't say he's endorsing," Craig said, adding that Dixon is far behind in polls,

"I would certainly welcome a Trump endorsement. But we'll cross that bridge when we get to it. If I don't get it for some reason, guess what? I'm not going to quit moving forward.'