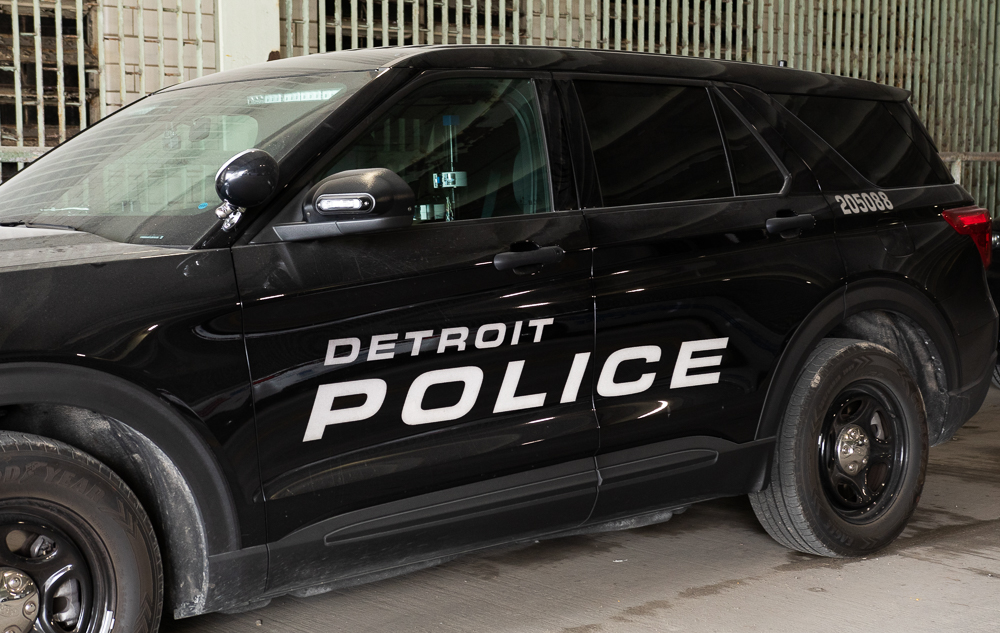 The incident happened around 12:20 a.m. at the intersection of 8 Mile Road and the Southfield Freeway Service Drive in northwest Detroit.

Officers noticed a Jeep Grand Cherokee traveling around Rosemont and 8 Mile Road at a high rate of speed and tried to conduct a traffic stop. But the driver ignored police and continued to drive off a high speed, authorities said.

"When the driver of the Jeep Grand Cherokee disregarded them and continued to accelerate at speeds higher than 70 miles per hour, the officers disengaged, per our policy," a press release said.

The Jeep Grand Cherokee then collided with a Ford SUV, killing a 32-year-old woman inside the vehicle.

Police said there were three people in the Jeep, one of whom had an apparent gunshot wound that was not from any officer. They were arrested and a gun was recovered.

Authorities said a preliminary investigation shows there was no policy violation, but an internal investigation is still underway.