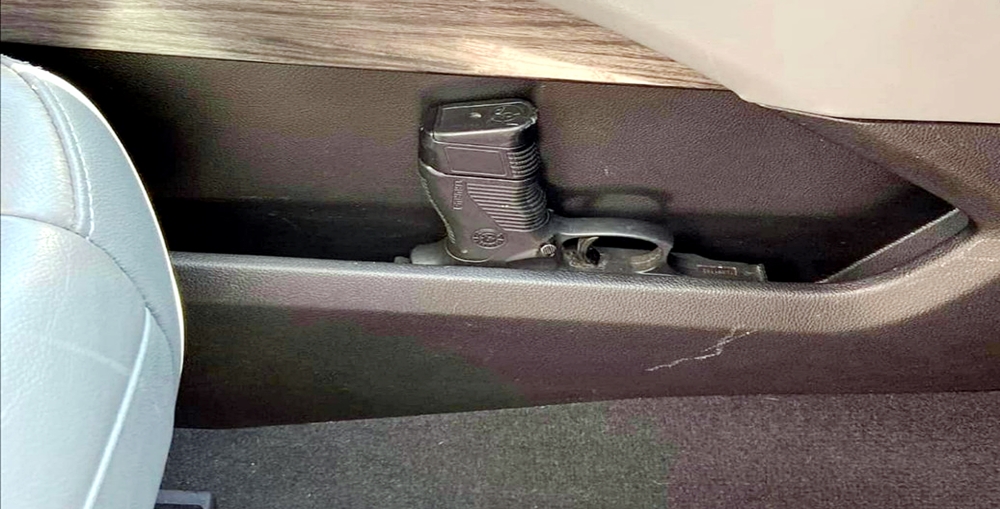 Optional rental car accessories typically include a GPS navigator, chargers, child safety seats and ski racks -- but not a loaded firearm like this one.

That oddity startled Tay Smith, who flew from Florida to Detroit and picked up a vehicle at Budget Rent a Car's airport location, relates Fox 2 News, which  doesn't say when it happened:

Tay says the car clearly was not inspected before they handed him the keys. Airport police were called and confiscated the gun.

Tay says it could have been much worse. "There is a lot of what ifs. Like what if we had kids in the car?" he said.

"Be careful out there when you rent cars. ... You gotta keep your eyes open. Just imagine if we were to get pulled over and the cops would've seen it before us?"