It's hard to know how something like this happened, but here goes: 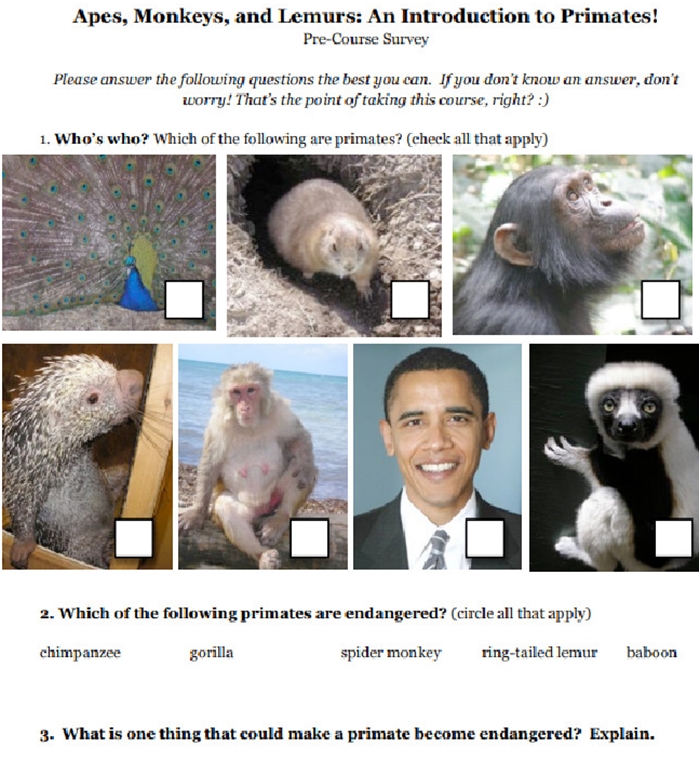 The Roeper School, the private academy in Birmingham for "gifted" children, is backpedaling on a high-school biology assignment given earlier this month, called "an introduction to primates" and featuring photos of apes, monkeys, lemurs and Barack Obama.

Technically, homo sapiens is a variety of primate. But given the long history of racist slurs comparing Black people to monkeys, it's, shall we say, a problem.

On Tuesday, a spokesperson for The Roeper School sent us a statement with little context about the worksheet that read:

"We are aware of the lesson taught and continue to review the incident. We are not providing additional information out of respect for the privacy of our community members."

However, Fox 2 also obtained the letter that was sent to parents that explained the worksheet was taken from a "highly regarded university" website and assigned in a high school biology class.

Beyond that, the administration isn't saying much, beyond that the teacher is remorseful and aware of their mistake.

The university source, by the way, is Duke University. Roeper's black-and-white version was printed or photocopied from Page 12 of this "Introduction to Primates" course plan "intended to increase motivation for learning."