Hey, kids. The men in suits and ties, the women in dresses and heels and power suits – they know more than you. Trust them. They’re looking out for your best interests.

So if you’re worried about a crazed gunman storming your classroom in the midst of a math or science lesson, just lighten up. They’ve got your back.

Those adults – state lawmakers, and the ones in D.C. – care a lot more about keeping their jobs and getting campaign donations from the National Rifle Association than they do about you.

Hard to believe, but that’s how those adults think. Makes you wonder if they’re really smarter than you – despite all that schooling.

They aren’t your teachers. If they were, you might learn that second- and third- and fourth graders can be a lot smarter than adults.

No BS. (You know what that means, right?)

The NRA has given Sen. Mitt Romney more than $13 million. Sen. Richard Burr had nearly $7 million poured into his trough, and a whole lot of other politicians also got lots of money to assure that nearly anyone – mentally ill or not – can pick up a nifty assault weapon –  preferred by mass shooters all over the country, which (if you live in Florida) you may have learned is the greatest place in the world, a beacon of freedom, especially for people who like to be better-armed than a soldier in a war zone.

So these adults who pretend to be smarter than you look at all this money and are faced with a dilemma: Do they protect you or their job? 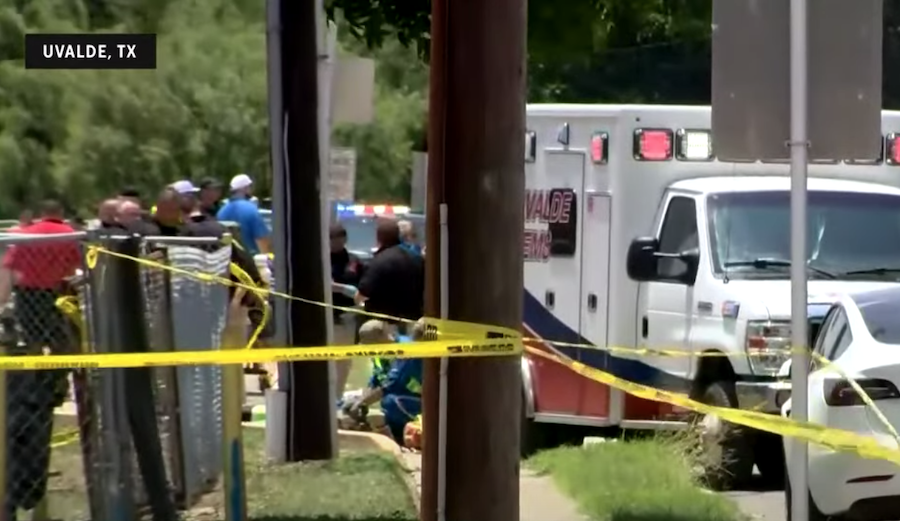 Kids, I don’t know what to tell you. But even after 19 students and two teachers were murdered Tuesday at Robb Elementary School in Uvalde, Tex., nothing will happen.  There will be no changes in laws or stronger enforcement of those laws.

There will be no efforts to close loopholes that allow people to avoid background checks if they buy a gun from a private party or other unlicensed gun dealers. That means felons, domestic abusers, and those with restraining orders against them or a history of mental illness can get their hands on guns easily.

So how do I know nothing will change?

Lessons Waiting to Be Learned

I may not be the smartest adult in the room, but there are lessons we can learn from the past.

Ten years ago, a gunman killed 20 students and six staffers at Sandy Hook Elementary School in Newtown, Conn., and nothing happened.  Last November, here in Michigan, a 15-year-old at Oxford High School was suffering from mental illness and told his parents he needed help.  They bought him a 9 mm Sig Sauer SP 2022, which he used to kill four students, wound six others and a teacher.

Can you believe that? Adults, yes adults, bought that gun for him. How dumb is that?

So the lesson is: Some of those adults who make the laws aren’t so smart.

And worse yet, they couldn’t care less if you get murdered in the middle of math class. They just want to get re-elected.

► Support our commentary reporting by becoming a Deadline Detroit member for as little as $3 per month.