Whitmer vs. Dixon: An expected first for Michigan, a trickier campaign test for the governor

A historic fall faceoff for governor of Michigan appears probable, and a new Detroit columnist analyzes the altered challenges as Gretchen Whitmer seeks her second term. 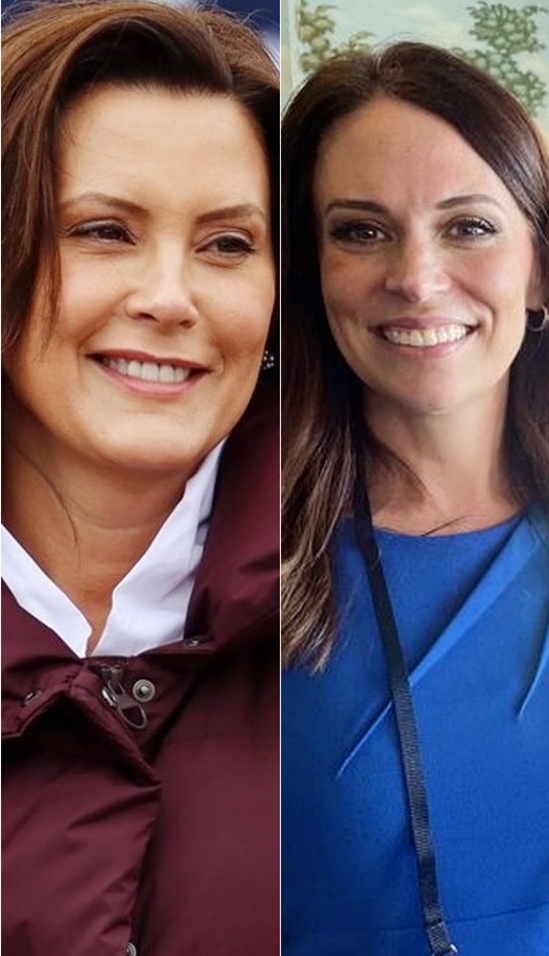 Kaitlyn Buss, who joined The Detroit News two weeks ago, writes in her debut column as assistant editorial page editor that the governor's expected opponent requires a strategy shift.

It’s looking more as if Republican gubernatorial candidate Tudor Dixon is the likely nominee from her party, setting up what would be the first time in Michigan history that two women will face each other at the top of the ticket.

If Dixon does win the GOP nomination — and that would be a first, too, for the Republican Party — it would force a shift  in Gov. Gretchen Whitmer’s tone as well as her strategy. Tactics that would have worked well against a man may not play as well against another woman. ...

Whitmer has proven she can play against the boys and win. Now she will have to figure how to craft a new game plan to defeat a female opponent who has many of the same weapons.

Dixon, who was a steel industry sales manager for 15 years, lives in Norton Shores (Muskegon County) and describes herself as "a conservative outsider" seeking her first elective office. She hosted a daily weekday show for America’s Voice News from 2019 until last July.

For Whitmer, these are among predicted differences from running against Bill Schuette, as she did in 2018, or against any of the men in a crowded field that shrunk when five candidates failed to qualify for an Aug. 2 primary:

► Sexism sensitivity gone: "A male politician has limited room to respond [to Whitmer attacks] without drawing the sexist label. Dixon as a rival would mute that."

► Abortion issue balance: "Whitmer won't be able to shut up Dixon with the common admonition to 'stay out of my vagina.' As a pro-life woman, Dixon has standing in the debate."

► Shared school gunfire concerns: "Both, as mothers, have concerns about guns in schools. Dixon is a Second Amendment supporter who wants to 'harden' schools against armed intruders. Whitmer supports strict gun control measures."

► Emotional appeal: "Dixon's empathy will play well in a year in which voters are fearful and frustrated about inflation and still bearing the scars of the pandemic."

Buss' takeaway: Dixon's nomination "would focus this election season on issues more vital to female voters than if Whitmer were to face a male opponent."

That’s not a bad thing for this election, or for Michigan women.