Education 'is like the plague,' Hillsdale College president says at closed-door event 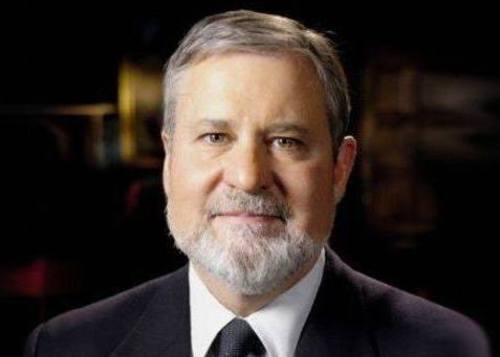 Larry Arnn: "You don't have to be an expert to educate a child." (Photo: Facebook)

Hillsdale College President Larry Arnn has condemned public education with a series of off-the-wall remarks that raise questions about why he's even in the business of teaching people.

Nashville Tennessee's WTVF-TV caught Arnn's comments at a recent closed-door reception with that state's Republican governor. Among them:

Hillsdale is using Tennessee tax dollars to set up at least 50 charter schools.

Arnn's comments came to light the same day the Miami Herald wrote of his school's role in a controversial Florida initiative that reportedly infuses religion and downplays race in civics trainings.

One educator who attended a training — Barbara Segal, a 12th grade government teacher in Fort Lauderdale — told the paper it was "very skewed."

“There was a very strong Christian fundamentalist way toward analyzing different quotes and different documents. That was concerning.”