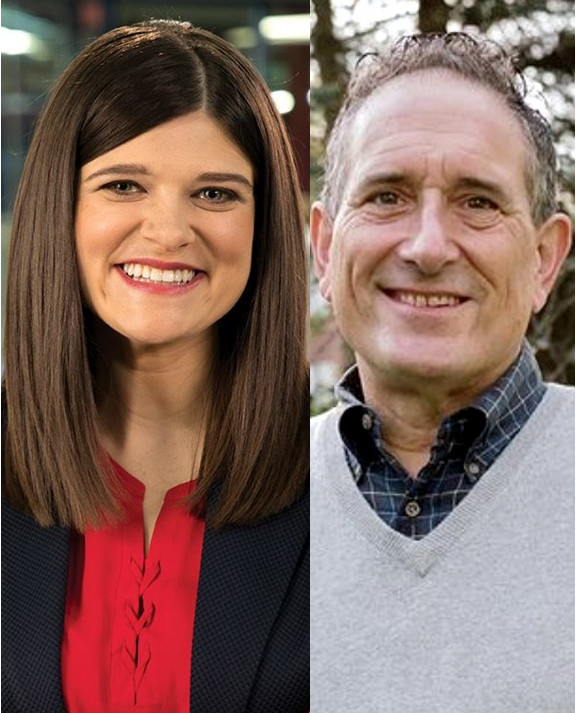 The poll, released Thursday and conducted by Target Insyght of Lansing, shows Stevens leading among men 57 to 35 percent and women, 59 to 28 percent. The poll involved 500 likely Democratic primary voters, and has a margin of error of plus or minus 4.5 percentage points.

Stevens also leads in the poll among Black voters, 47 to 26 percent, and white voters, 59 to 32 percent. The Aug. 2 primary is less than two weeks away.

"Right now the momentum is in her favor, but sometimes polls like this get much tighter by election day," said Ed Sarpolus, founder of Target Insyght.

Jenny Byer, Levin's communications director, expressed skepticism about the quality of the polling firm, and said their poll from Lake Research "shows a very tight race."

Sarpolus said that American Israel Public Affairs Committee (AIPAC), a powerful pro-Israel lobbying group, has made a big difference in the race by steering big donations to Stevens. Levin is Jewish and Stevens is not, but both say they're pro-Israel.

But AIPAC feels that Stevens is less critical of Israel than Levin.

"This is more an anti-Levin vote than a pro-Stevens vote," Sarpolus said. "This campaign is pretty much funded by AIPAC (and its supporters). This is really convincing people that they wanted Haley Stevens because AIPAC did not want Andy Levin."

"The conservative Jewish community was not comfortable with Andy Levin representing their issues on Israel."

Byer said if the lead was really that substantial groups like "the United Democracy Project and EMILY's List would not be pouring millions of dollars into the race to save her campaign. At last check, we have knocked two and half times as many doors as our opponent, and there is no way TV ads alone could produce that kind of result in her favor."

Voters had favorable views of both candidates.

It showed 71 percent of the voters had a favorable view of Stevens compared to 65 percent for Levin.