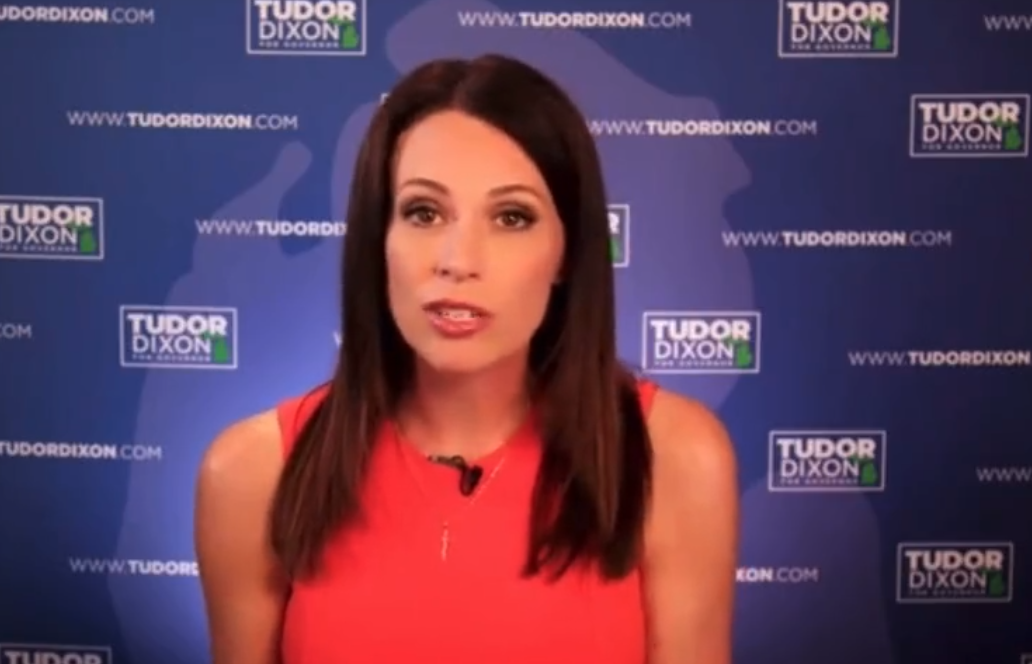 Michigan GOP gubernatorial candidate Tudor Dixon has insisted that a Democratic ad that portrays her as being uncompromising about her anti-abortion stance, even when it comes to rape and incest, has distorted her stance.

But Friday, Fox 2's Roop Raj offered her a chance to clarify whether a 14-year-old rape victim should be allowed to get an abortion, the Michigan Advance reports. He asked Dixon, "why not let that person have an abortion?"

“I’ve talked to those people who were the child of a rape victim and the bond that those two people made. And the fact that out of that tragedy, there was healing through that baby. It’s something that we don’t think about because we assume that that story is someone who was taken from the front yard then returned. That’s generally not the story there. And those voices, the babies of rape victims that have come forward, are very powerful when you hear their story and what the truth is behind that. It’s very hard to not stand up for those people.”

Dixon went on to say that the only exception for abortion would be when the life of the mother is in danger.

MAGA nominee for MI Governor Tudor Dixon is asked why she is against a 14 year-old rape victim being allowed to get an abortion. She says the bond that rape victims will have with their babies will help them heal. pic.twitter.com/6ajtBp1JNi