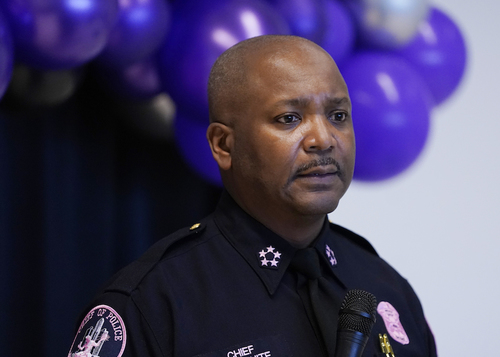 In early May, a week after we published a lengthy investigation on the Detroit Police Department's struggle to hold bad cops to account, Chief James White touted his department for its transparency, noting it provided the thousands of pages of disciplinary records that underpinned our review.

Behind the scenes, however, the city was working to shield such records from the public. That same month, under the direction of a new top lawyer, Conrad Mallett, it implemented a policy that prevents the release of officer disciplinary records older than four years.

Such records helped us uncover the department's habit of letting problem officers off the hook for misconduct. Documents more than four years old told us, for example, that an officer who initiated a bad chase that killed two kids and wounded three more in 2015 had been involved in another deadly chase that violated policy just six months prior. The department, the records showed, did not intervene significantly either time — neither with retraining, nor with suspension.

Officer Richard Billingslea was among ten officers we examined, all of whose lengthy rap sheets stretched back further than four years. If the city had barred the release of records that old when we conducted our review, we would have never known how poorly it handled them. Billingslea's name was not released after the 2014 and 2015 chases, and it would have been difficult to immediately check his record. He came on our radar years later after he was criminally convicted in 2018 for assaulting a man in an incident of on-the-job brutality. We requested his and other criminally charged or convicted officers' disciplinary records in 2019 but, due to delays by the city's Law Department, did not begin to receive them until 2020.

WXYZ first reported the policy change last month after the city denied its request for some disciplinary records. Though Mallett told the TV station the decision was based on a review of a 1978 state law that prevents the release of disciplinary records older than four years for public employees, the law includes an exception for public records — or Freedom of Information Act (FOIA) — requests. Lawyers interviewed by the station said the Law Department had misinterpreted the statute.

Mallett said the review came at request of a "client" he would not disclose and after "a significant rise in FOIA requests for officer discipline records." He told WXYZ that four years of disciplinary history is sufficient to show whether an officer poses a threat.

The law department's clients include the police department and mayor. A police spokesman did not immediately respond when we asked whether that department requested the change. Mayor Mike Duggan, meanwhile, agrees with the decision to withhold some records, said his spokesman John Roach.

The mayor will reject WXYZ's appeal to overturn the public records denial, Roach said. Though the station reports that "in the end, it is likely only a judge could force" a change in policy, it did not immediately respond when asked whether it plans to sue.