Update, 3:21 p.m.: Napoleon, in video, tells an audience last fall to vote against the new Detroit River bridge, which Moroun opposes. See below.

Manuel (Matty) Moroun, the billionaire owner of the Ambassador Bridge who is one of Detroit’s most controversial public figures, has settled on a candidate in the Detroit mayoral election, and it appears to be Benny Napoleon, at least so far.

The donation represents 41 percent of the money Napoleon raised in his super PAC, which allows unlimited donations and is separate from candidates’ official campaign fundraising pots, which have a $3,400 limit on individual gifts, and regular PACS, which have limits of $34,000.

Moroun and associates also donated a total of $13,600 to Napoleon’s campaign. 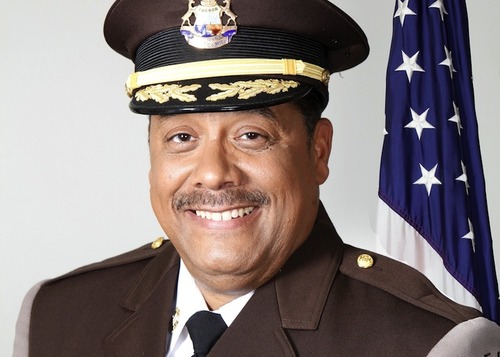 The Moroun family for years has been major political donors, and they have a history of giving abundant cash to both sides of campaigns. That happened in a small way in the mayoral contest: Matthew Moroun, Matty’s son and an officer in his company, gave $3,400 to Mike Duggan.

Bryan Peckinpaugh, a Napoleon spokesman, said: "The Super PAC you are referring to was not initiated by and is not associated with Benny Napoleon for Mayor. It's an independent Super PAC that supported a number of Detroit Mayoral (not just Benny) and City Council candidates. Whereas the Turnaround Detroit Super PAC supported only Mr. Duggan.

"Therefore, we decline to comment on this story since we don't, including Benny Napoleon, represent the Detroit Forward Super PAC."

Greg Bowens, a spokesman for Detroit Forward, said: "Detroit Forward and its agents do not communicate with the Napoleon for Mayor committee, its candidate, or its agents."

Despite being a write-in candidate, Duggan trounced Napoleon in last week’s primary, and the two will run in the November election to replace Mayor Dave Bing, who is retiring.

Those donations raised eyebrows in some circles because of their size, and they give critics ammunition to assail Duggan for being the candidate of the downtown elite. Those individuals and organizations, however, do not carry anywhere near the taint of Moroun.

Moroun has become a household name in metro Detroit for his business practices, including his ownership of the long derelict Michigan Central Depot and for what judges found to be Moroun’s willful violation of court orders concerning the project to improve freeway connections to Moroun's Ambassador Bridge. 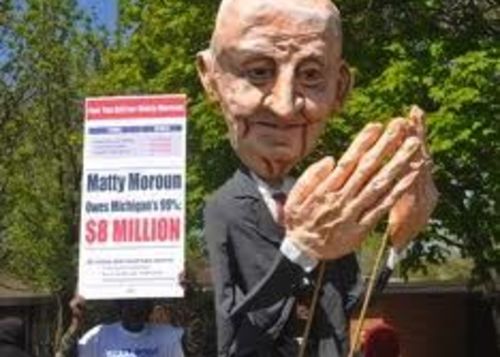 Moroun also has fought desperately to block the proposed public bridge from Detroit to Windsor that is supported by virtually every organization, business group and public official on both sides of the border. Moroun spent $33 million last fall in an unsuccessful ballot proposal that, if passed, would have required a statewide vote on the new bridge project.

This summer, Moroun has been the source of criticism in Detroit and Windsor because of blowing dust from huge piles of petroleum coke that are being stored along the Detroit riverfront on Moroun-owned land.

Moroun's donation to Napoleon, the Wayne County sheriff, raises questions about the candidate's stances today on the new bridge and the piles of pet coke. The new bridge, in particular, has not been a prominent issue in the mayoral campaign so far.

Update: In an appearance before last November's election, Napoleon indicated he opposed the new bridge and urged the audience to vote "yes' on Moroun's proposal.

"The governor wants to build this bridge," Napoleon said at the meeting. "So I'm automatically against it if that's what the governor wants because there's got to be something wrong with it."

Duggan has always supported the second bridge, a spokesman said.

Moroun's $50,000 donation has not been widely reported. It was included on a late contribution report from the Forward Detroit super PAC.

In the video below, Napoleon addresses the issue of the new bridge at the 10:30 mark.