Highland Park's beleaguered fire department is featured in a short documentary, below, "A City in Flames," from The Verge, the New York-based technology news and media network that is covering Detroit in a series of videos.

Overshadowed by the busy Detroit Fire Department -- and last year's award-winning feature-length documentary, "BURN" -- the HPFD answers, on average, 1,000 runs a year, including 150-200 structure fires. Eighty-five percent of the fires are arson, according to an article on The Verge website by Jesse Hicks. The video appears to be the work of a crew led by Erin Lee Carr, but The Verge doesn't make that clear.

The department handles its heavy workload with 28 firefighters, a force that not too long ago had 80 members. And that's not the only deficit it must deal with.

For eight years, until this summer, the firefighters worked out of a warehouse. As Hicks writes: 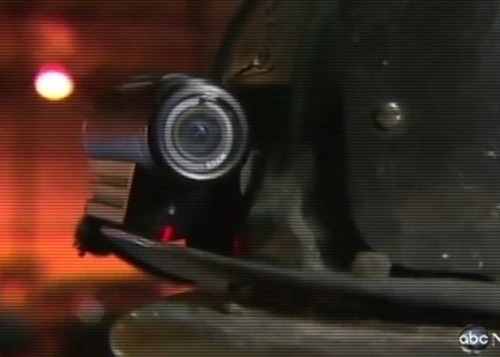 There was no red-bricked facade, no lanky Dalmatian. No freshly washed engines gleaming in the sun. No second-floor fire pole to descend in the dead of night to wailing sirens. Whatever idealized vision you have of firefighting, Highland Park is not it.

“We do stuff kind of old-schoolish, because that’s what we have: old-school, crap equipment,” says Scott Ziegler, a first-generation fireman who’s worked in Highland Park for four years. When he arrived, he slept in a tent; the company’s previous station had been condemned because the local government couldn’t afford repairs.

In addition to fighting fires, Ziegler is an amateur videographer who fastens a small camera to his helmet, and "City in Flames" makes good use of the eight-minute video he posted on YouTube in January of highlights of 2012 fires. That video has had 1.2 million views, and Ziegler's camera work was featured on national TV news and websites.

In late August, the HPFD moved out of its temporary station, where its members had eaten in a trailer and slept in plywood barracks they’d made themselves. With federal American Recovery and Reinvestment Act funds, the city built a new fire hall directly across from the old one, still broken and charred. Firefighters were so excited with the new facility, some of them stayed over even when not on the clock. Eight years later, the new building is one thing that might make their jobs a little easier.