Kim Trent: Rash Of Deadly Detroit Shootings Can't Be 'Just Another Day In The Hood'

At the end of a particularly violent week locally, we should see angry calls for action on social media and hear howls of outrage in public, a Wayne State board member writes in the Free Press.

"I can't help but notice that when it comes to increasingly depraved and deadly acts of violence in Detroit, outrage is eerily muted," Kim Trent says in a guest column.

During the last 10 days, these dramas unfolded in the city: 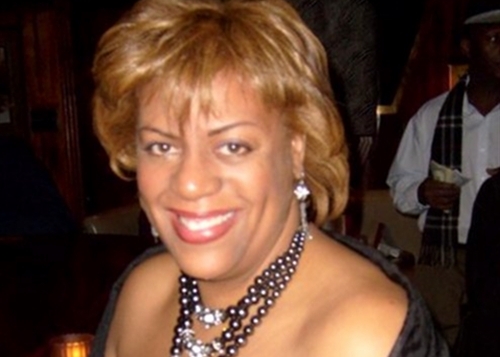 "Remarkably," Trent writes, "I saw very little social media commentary about any of these murders, not even about the shocking carnage at the barber shop. It’s just another day in the hood — and America — I guess."

That low-key response, she feels, contrasts starkly with outspoken attacks on Detroit's emergency manager, the state lease of Belle Isle and threats to city workers' pensions.

A friend of mine suggested that folks are tired of talking about the pain they feel about Detroit’s violent crime because our hand wringing hasn’t led to meaningful change. But I’m worried that when we stop expressing our outrage and horror, we tacitly resign ourselves to the idea that exposure to violent crime is the price we pay for living here instead of the moral abomination and life-shattering experience that it is.

Trent -- a political activist who works at Michigan Future, an Ann Arbor nonprofit supporting Michigan’s transition to a knowledge-based economy -- adds that her husband and father were mugged on the street in recent years.

It’s terrifying to face the reality that a thug’s callous disregard for human life could rob me of someone I love. But it is even scarier to imagine that it could happen and no one would give a damn..

Two days before her Free Press commentary, Trent posted similar reflections in a 10-sentence Facebook post that drew 67 comments and was reposted by 20 friends. "This is nothing short of a spiritual crisis," she says there.

Maybe we're just numb, but I've seen 10 times more posts about the race of our new mayor than I have about these horrible, tragic events. Is it that gun violence doesn't matter any more in this country? Is it that black life has no value?

The Today Show didn't even mention the mass murder at the barber shop, but devoted 5 minutes to the shooting at a NJ mall where only the gunman died.

“This is an emergency; this is a crisis, and we have to come together now," said Minister Ovella Andreas. "We don’t have a respect in our communities for life. . . . Even our people have become apathetic."