Barbara McQuade 'Has Become Something of a Celebrity' Explaining Trump Inquiries

Barbara McQuade, a federal prosecutor in Detroit for 19 years, now harnesses her expertise to teach future lawyers in Ann Arbor and to "help the public understand what’s happening in the news." That's how she describes her legal analyst role for MSNBC, clarifying the twists and turns of a presidency under multiple investigations.

Her path from prosecutor to pundit intrigues Matt Friedman, a family friend who's a founding partner of Tanner Friedman, a Farmington hills strategic communication agency. "I wondered how she has pulled it off. So, I asked her and she agreed for me to share it in a post," he says with a social media link to his interview. 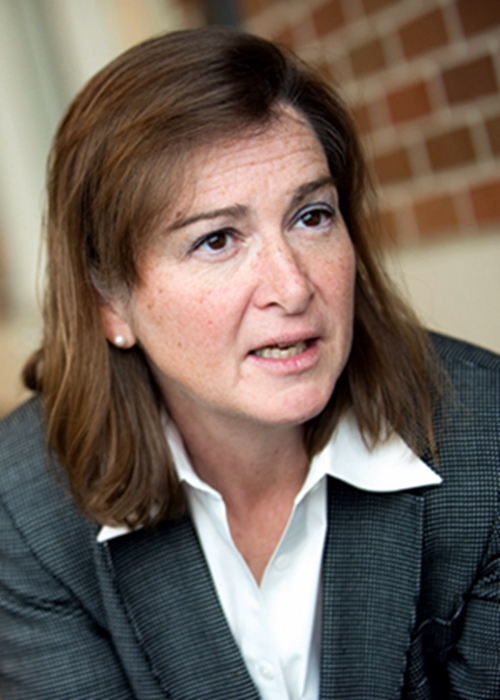 Barbara McQuade: " I don't have personal opinions to share." (University of Michigan photo)

McQuade, the first woman to serve as a U.S. attorney in the Justice Department's Detroit office, rose to the top job there in 2010 when President Obama named her chief prosecutor for the Eastern District of Michigan. That lasted until March 10 this year, when she and her counterparts nationwide resigned at the Trump administration's request.

The 53-year-old, a former Butzel Long attorney in Detroit and law clerk for federal Judge Bernard A. Friedman (her interviewer's father), became a law professor at the University of Michigan -- where she graduated in 1987 and added a law degree four years later.

Fast-forward to her new high-profile sidelight as a regular guest on "The Rachel Maddow Show," "Hardball with Chris Matthews" and other MSNBC public affairs programs.

"I don't have any political spin here," McQuade tells Friedman. "I don't have personal opinions to share. If I can help explain what’s happening so the public understands it better, then that’s what I'd like to do."

She is educating the audience on legal processes and terms like grand juries, probable cause and search warrants, "explaining the legal issues behind the facts in a news story."

She exchanges emails with producers based on news headlines so they can see how she might fit into coverage. "They’re not telling me what to say, they’re just telling me the topic. I can help the public understand what’s happening in the news."

McQuade is essentially an analyst on call. She can easily get from her home when needed to one of two studios in Ann Arbor or, if more convenient, one in downtown Detroit or in the Detroit suburbs.

She has become something of a celebrity lately. Her students and their parents tell her they enjoy seeing her on TV. She was even recognized at the mall recently, a true "welcome to TV moment."

Someone who was in the right place, at the right time with the right skill set [is] now trying to go beyond what many have come to expect from cable news.