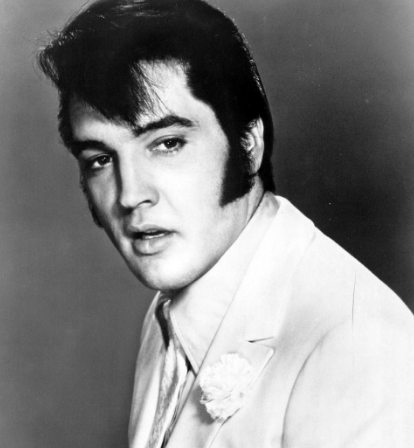 Forty two years ago on New Year's Eve at the end of 1975, Elvis Presley rocked the Pontiac Silverdome. The stadium had just opened that year.

It would ended up being The King's highest attended concert ever, with more than 62,000 fans and more than $800,000 in gross revenue.

Mike Maza of The Detroit News wrote the next day:

Presley brought his whole Las Vegas crew along. Starting at 8:45 p.m., just 15 minutes late, a comic and contingents of bluegrass, rock, gospel jazz and soul musicians took the stage in succession to warm up the audience.

Presley hit the 50-yard line stage - a platform 10 feet off the stadium floor, surrounded by speakers and connected to his dressing room by a 70-yard tunnel - at 11:10 pm. Women in glittery dresses and billowing pantsuits joined kids in a rush toward the stage. Lots of screaming. Everything flickered as a generation of flashcubes meets oblivion.

Tossing scarves to the fans between songs. Presley ran through more than a dozen numbers. His oldies got the biggest reaction -- "All Shook Up," "Don't Be Cruel," "Heartbreak Hotel," "Love Me Tender" and of course "(You Ain't Nothing But a ) Hound Dog."

Almost midnight: A 10-second countdown ends to cheers ... spotlights swirl and balloons float down from the empty upper tier as Elvis and his fans sing "Auld Lang Syne"