Monday was a bright day for Gretchen Whitmer until Bridge magazine cast shade on it. 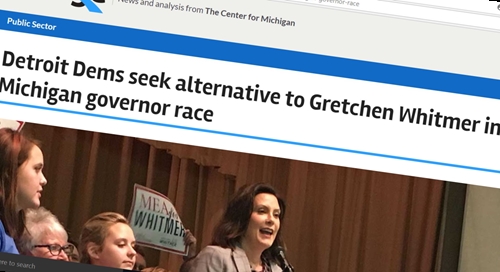 "Mike Duggan and union allies are trying to woo another Democrat to campaign for Michigan governor amid concerns about the viability of front-runner Gretchen Whitmer," managing editor Joel Kurth writes under the headline at right.

The article comes hours after a Macomb County appearance where the Michigan Education Association endorsed Whitmer, a state senator from 2006-15 who was Democratic leader there for five years. Backing from the 140,000-member teachers union is a big boost.

But seven months before the nominating primary, the leading candidate leaves some Democrats here lukewarm or uneasy. 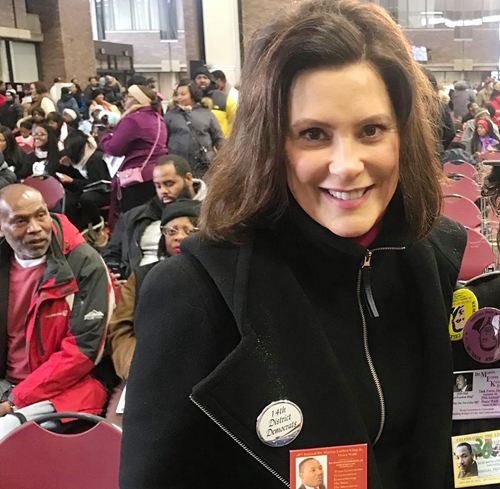 Peters declines to jump in, as does U.S. Rep. Dan Kildee of Flint at a separate meeting, he tells Bridge.

"There's going to be a lot of conversation as to who is going to be the [nominee] and it's far from a foregone conclusion."

In his scoop, the award-winning reporter also writes:

The existence of the recruiting campaign, described by one [person] as "the worst-kept secret in town," highlights growing concern among Democrats with Whitmer, and shifting currents within the state party less than 10 months before the election. . . . Anxiety has increased about her campaign momentum, fundraising and name recognition, particularly in Southeast Michigan, which is home to about half the state's voters.

"The bottom line is, because of polling numbers, Gretchen is [perceived as) not very strong in Southeast Michigan. And the fear is if you can’t win in Macomb County or Detroit, you can’t win," said pollster Ed Sarpolus, executive director of the Target-Insyght firm in Lansing.

The worry among some Democrats is that, even if Whitmer were to prevail, it would be a low-turnout election and hurt the party's chances in other state races in November, Sarpolus said. . . .

For her part, the party's leading candidate in terms of donations and backers tells Bridge on Monday: "If there’s some sort of conversation going on in an echo chamber, we don’t see it on the front line and that’s all that matters."

And in Detroit, Duggan says in a statement to the online publication that he "believes it is essential for Michigan to elect a Democratic governor . . . and  had positive meetings with Gretchen Whitmer, as well as other potential candidates."