"Don't blame them at all," Kathy Jay of Monroe posts at our Facebook page. "I'd drive it like I stole it."

The caper isn't amusing, naturally, to GM engineers Mark Derkatz of Windsor and Alexander Thim of West Bloomfield, who work at the Warren Technical Center. Each faces three charges, plus who-knows-what job discipline, after being clocked at 100 mph and 120 mph in C8 Stingrays during a work trip to the model's assembly plant in Bowling Green, Ky. 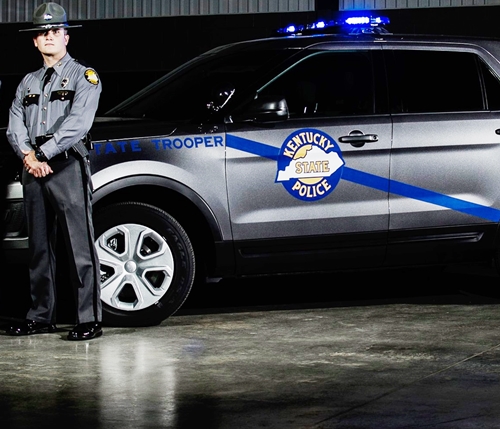 "Drive like that up in Michigan too?"
[Imagined quote; not the arresting trooper]
(Photo: Kentucky State Police)

Descriptions of their nighttime lark and a shot of a 490-horsepower red 'Vette like the one Thim pushed to 120 bring varied reactions under our first post and on social media.

"It's wrong, but at that age I would have done it," Lenny Plonka of Grosse Ile posts at our site. "GM needs to cut these two some slack. Besides, it's great free advertising!"

Here's a sampling of sentiments from Deadline Detroit readers and others about the duo busted in Bowling Green:

► Detroiter can relate: Leave them alone. Shit, I would have done the same thing. -- Jimmy McGee, Detroit

► 'Good to see:' These engineers didn't go school all those years dreaming about four-cylinder engines. Good to see our cars are still made by driving enthusists. -- Rick Moroni, Clinton Township

► Part of the job: Isn’t that what you want in a car designer? People who build the car should like cars. Sometimes the cops get ya'. -- Scott Sage, Royal Oak

► Way to go: They are out to get a promotion for making it real. -- Johnny Stengle, Detroit

► Product-checking: I think they were just trying to make sure that customers get the best possible product. -- Catherine Lang, Farmington 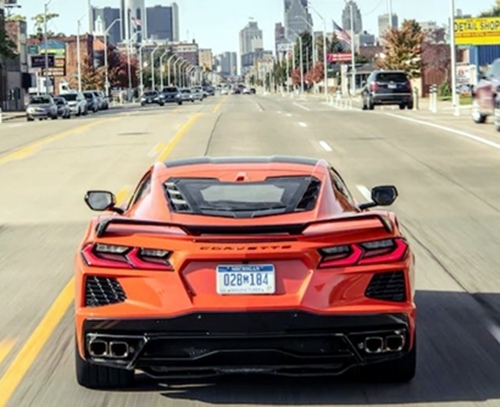 ► 'Go big or go home:' You and your antics will be discussed in staff meetings for decades to come. You are now part of the Corvette ethos. Sure, it cost you one of the coolest jobs in the industry, but go big or go home right?! -- Eric Kimble, Comstock Park, Mich.

► 'Lame:' So Chevrolet makes a fun car. Then the employees had fun with the fun car and went to jail for it? Lame. -- Joshua Schoonover

► Muscle car era: In the heyday of muscle cars, they would take out their projects and get real-world testing by drag racing in and around Detroit? -- Michael Crouch

► John DeLorean, role model: DeLorean used to drag-race on Woodward in Detroit when he was working on the GTO. -- Susan Heierman

► Woodward 'track:' Reminds me of Woodward back in the '60s. GM and Chrysler used Woodward as a test track -- unofficially, of course. -- Allan Collins

► Nothing wrong here: Cop should have looked the other way when he saw the manufacturer's plate. -- Jon Segur, Toledo

► Road test, not racing: They weren't racing -- it was a test on real-world roads of the engine, suspension and brake systems. -- Charles Hack

► Well-done, gentlemen: They should get raises and promotions. -- Phil Teves

► Ad idea: I can see a great marketing commercial out of this. -- Albert Flores, Long Beach, Calif,

► Put it on the wall: Probably have a new poster in the break room, commemorating their antics. -- Randy Meadows