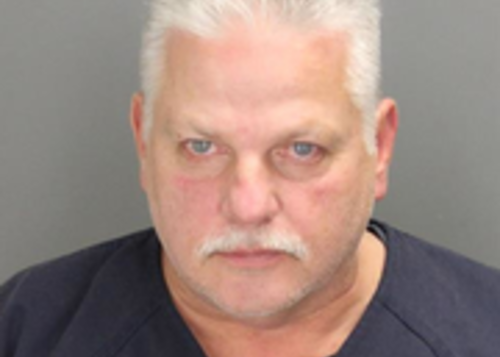 A suburban Detroit police chief stumbles through a failed sobriety test in a dashcam video obtained by The Oakland Press.

Lake Angelus Police Chief Michael Farley was arrested Nov. 30 after a 9-11 caller said he was driving “like an idiot,” as we reported last week.

In the newly released video, Farley is unable to stand on one leg for more than three counts, stumbling backward repeatedly as three officers watch (two of whom seem to chuckle at times).

After blowing a blood alcohol content of .155 (nearly twice the legal limit), the arresting officer puts him in cuffs. 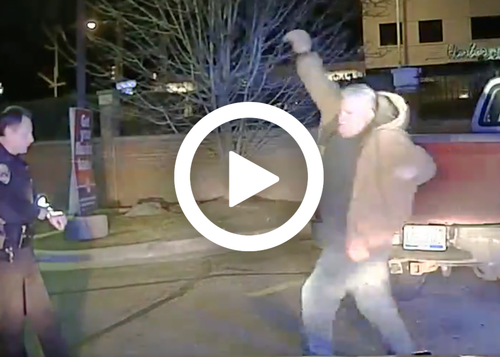 “Thanks a lot, Bill,” Farley tells the officer, referring to the courtesy of a double set of cuffs for looser fit. “I really appreciate this.” Another wide-eyed officer looks on, his jaw hanging open.

Chief Farley is currently serving 12-month probation, in which he must perform 30 hours of community service, submit to random testing, and pay $1,568 in fines, the Oakland Press reports. 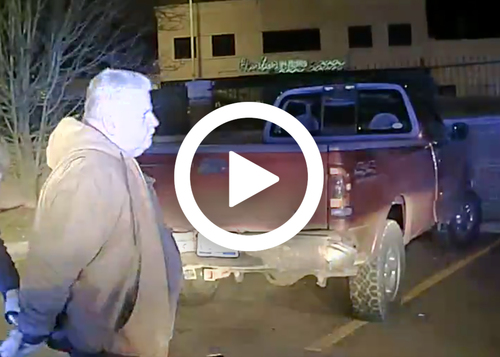 Chief Farley is arrested after blowing a blood alcohol level of .155.

In court, he admitted he should know as well as anybody “the ramifications of drinking too much and driving.” He called the incident “a bad mistake” that he won’t repeat.

In addition to the suspension without pay, the council voted unanimously to:

The video is from Keego Harbor's Police Department.