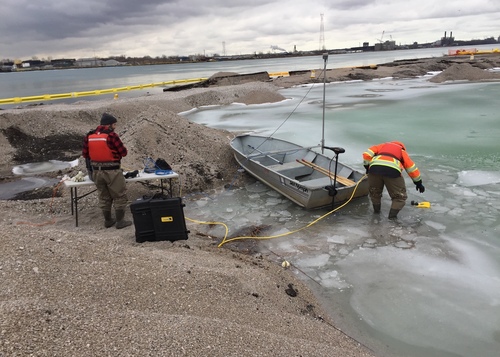 Environmental groups are demanding tighter city restrictions for companies doing business along the Detroit River. The dock of a contaminated site recently collapsed into the river, prompting public outcry.

The proposed Detroit Protection Ordinance is backed by council member Raquel Castañeda-López and various environmental groups, Crain’s Detroit reported. It calls for stricter city reghulations to reduce the likelihood of a spill.

"Too often we have to rely on (the state) and the (U.S. Environmental Protection Agency) to make sure that our communities are safe," Castañeda-López said Tuesday.

The pending ordinance also seeks to make riverfront companies’ operations more transparent. Waterfront property owners would need to obtain a paid permit, to cover the city’s cost to enforce the ordinance. Owners would also be required to publish an online “risk assessment” report of potential dangers to the river posed by their operations.

The collapse happened at the Revere Copper and Brass Inc. site, which decades ago was a storage facility for nuclear materials used in the Manhattan Project. However, state tests found no harmful levels of radiation. The collapse was caused by limestone aggregate on the dock, The Windsor Star reported. Detroit Bulk Storage, the property tenant, did not have a permit to store it there.