Former Detroit Lion Barry Sanders to Garth Brooks: 'Want to Be My VP?' 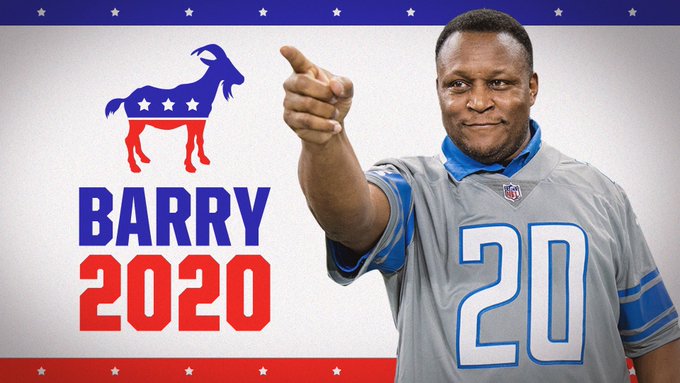 Former Detroit Lions running back Barry Sanders is having a little fun with the craziness over fans who mistakenly thought country music star Garth Brooks was supporting Democratic presidential candidate Bernie Sanders when he wore a Sanders football jersey at a Ford Field concert. It was really a Barry Sanders tribute.

Earlier, one Brooks fan wrote on social media: "If this is truly Garth, very sad. You just lost a fan. Trump 2020."

Also on Friday,  the Detroit Lions tweet of Barry Sanders:  "He's got our vote."