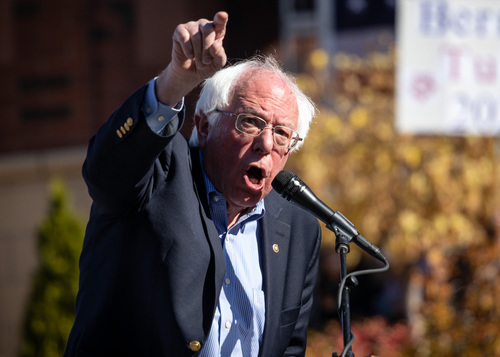 Bernie Sanders is turning his focus to Michigan ahead of the March 10 primary as he looks to regain momentum after a weaker-than-expected showing on Super Tuesday.

The Sanders campaign late Thursday announced three stops in Michigan and cancelled a rally in Mississippi, whose primary is the same day. It later added a fourth Michigan stop.

Rallies will be held in:

Joe Biden, meanwhile, reportedly will stop in the state on the eve of Tuesday's election for a fundraiser in Grosse Pointe Farms and a to-be-announced public event in Detroit.

Michigan will send 147 delegates to the Democratic National Convention, of which 125 are allocated based on next week's vote.

Sanders won Michigan in 2016, but has been polling behind Biden since the former vice president won South Carolina Saturday.