All eyes on us: Michigan voters take center stage today in Biden-Sanders showdown 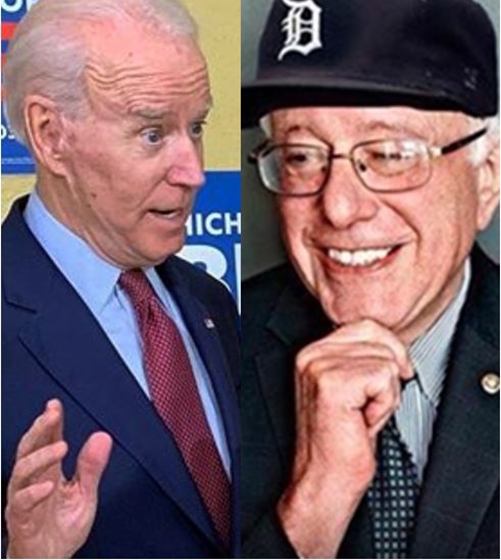 That's the drumbeat from national politics correspondents, more than a few of whom are in Michigan to cover appearances by Bernie Sanders and Joe Biden, as well as today's primary.

Sanders on Monday participated in a one-hour Fox News town hall from Dearborn and hosted a coronavirus discussion in Romulus. Biden was in Grand Rapids, Flint and Detroit, where he rallied at Renaissance High with campaign dropouts Kamala Harris and Cory Booker.

Michigan sends 147 delegates to the Democratic National Convention in Milwaukee this July, with 125 allocated based on the primary.

The Associated Press fames today as a "testing ground for November."

The largest of six states voting Tuesday, Michigan could redefine a Democratic primary that has become a showdown between former Vice President Joe Biden and Vermont Sen. Bernie Sanders.

But many voters are already looking ahead to November and whether Trump can again win in the state that perhaps more than any other catapulted him into the White House in 2016.

For Sanders, the stakes could hardly be higher. He defeated Hillary Clinton in Michigan in 2016, emboldening his argument that he could win with a diverse coalition that drew well from young voters, working-class whites and African Americans. But it is the kind of victory he has not been able to replicate this time, and if he does not on Tuesday, any chances at the Democratic nomination may be greatly diminished. 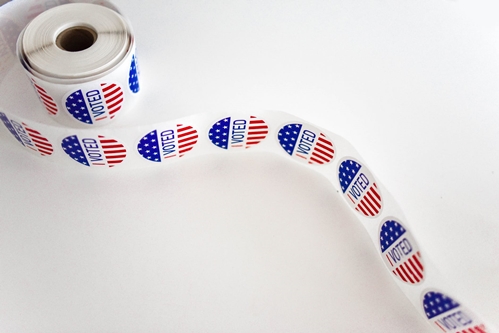 At The Washington Post, this headline tops a weekend dispatch from Detroit: "For Bernie Sanders, Michigan is now the make-or-break state."

Both Sanders and Biden have argued that their primacy in the Upper Midwest would make them more competitive than the alternative against Trump in the fall. Michigan’s direction also may foretell the dynamics in a host of other nearby states that vote later in the process, including Ohio and Illinois next week. ...

A high-stakes showdown in Michigan has been forced on the Sanders campaign by Biden’s Super Tuesday upsets in states like Texas and Virginia, and by the rapid consolidation in the race.

Here's how Sen. Harris put it Monday night in Detroit at Biden's well-attended rally: "Michigan, I do believe that you are going to make the difference in terms of the outcome of this election."

Sure, that sound like a your-state-here campaign chestnut -- but that doesn't make it untrue.

Editorials last week in The Detroit News and Free Press endorsed Biden for the Democratic nomination. 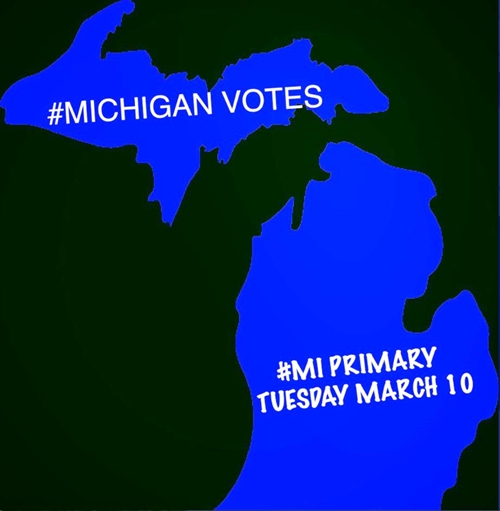 A primary preview today in The News today sketches this context:

Biden's campaign got a late start in Michigan in terms of organization and boots on the ground but recent polling has shown him ahead of Sanders.

Other polls conducted since Super Tuesday suggested Biden has widened that lead. It led Whitmer to say at a Detroit Athletic Club fundraiser before the high school rally: "I gotta tell you I've slept better in the last 10 days than I have in the last 10 months."

But pollsters famously miscalled Michigan's 2016 Democratic primary. They had former Secretary of State Hillary Clinton ahead by 10 to 30 percentage points in surveys leading up to the election. Sanders ended up winning Michigan in 2016 by 1.4 percentage points, propelled in part by young voters.

College students flooding city clerks’ offices in Ann Arbor and East Lansing for absentee ballots and same-day registration were creating wait times of 30 minutes to an hour on the eve of Michigan's presidential primary election.

A day after Democratic presidential hopeful Bernie Sanders rallied more than 10,000 students on the University of Michigan campus and urged them to take their friends to the polls, clerks' offices in university cities experienced increased traffic.

People were waiting in line for up to an hour Monday to request absentee ballots or register for the election, said Lisa Wondrash, a spokeswoman for the city of Ann Arbor. Lines had been building at the city clerk's office for about a week. ...

In East Lansing, Michigan State University students are waiting in line for roughly 30 minutes to be processed.

Michigan's primary is the first major one this year with same-day registration.