Commercial casualties from an overturned business landscape now include a four-decade-old group of suburban Detroit newspapers mailed free each week.

"In response to the effects of the coronavirus pandemic that has taken a heavy toll on the residents and businesses of metro Detroit, C & G Newspapers has temporarily suspended publication of its 19 print newspapers," the Warren-based company says Saturday night on Facebook.

Its move follows a cutback this past week by Metro Times and signs of trouble for a western Oakland newsweekly. 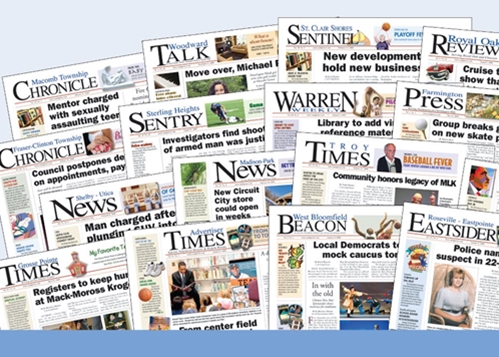 "The members of the Demers family, who have owned the direct-mail newspaper company since 1981, made the decision after careful consideration about the safety of employees and in an effort to help stop the spread of the coronavirus, known as COVID-19, as well as the financial impact of the vast number of business closures," says a four-paragraph announcement.

The retrenchment comes three days after Metro Times laid off eight staffers. Editor Lee DeVito works without pay so two reporters can stay on the payroll.

And in Highland, the publisher of The Spinal Column -- which covers seven suburbs -- tells Bridge magazine that ad sales nosedive.

"Realtors are saying they can’t do anything — nobody wants to walk through a house right now," [Jim] Stevenson said. "I just visited with the owner of a meat market, a good advertiser. He has a line out the door and told me, 'Jim, I've been here since 4 a.m. I don’t need to advertise.'"

Spinal Column has reduced hours for two of its four employees and plans to shrink to eight pages next week, with no clear plan after that.

"If I don't have any advertising, I really don’t have much of a choice," he said.