The governor's communiations director reacts forcefully to a column by Nolan Finley of The Detroit News, who sees a need to "soon emerge from our hiding places and resume commerce."

"I feel compelled to point out that SEVEN Michiganders have died of the coronavirus since Nolan Finley's column was published by the @detroitnews yesterday. I hope for everyone's sake that Nolan and his employer take this crisis seriously."

In his column, excerpted below, the opinion page editor also says: "Before too much longer, we have to end the lockdown, even if the COVID-19 risk is not eradicated."

Nobody likes the financial, social and recreational disruption brought by a national health emergency. But most of us do what we should for personal and community safety. We adapt, we reinvent, we manage and we endure.

Then there are Lansing and Detroit business chambers, plus a Detroit News opinion page editor, who chafe at the near-daily executive orders from Michigan's governor and urge her not to go where seven other governors have gone. Their stances invite criticism about placing profits over people. 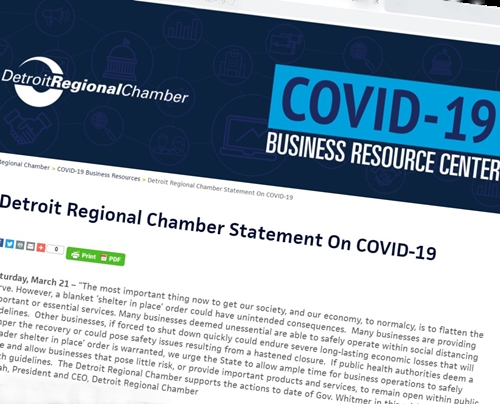 "A blanket 'shelter in place' order could have unintended consequences," the Detroit Regional Chamber's leader tells Gov. Gretchen Whitmer. He and the Michigan Chamber of Commerce speak out against a possible stay-home order, rather than just requests to do so.

In Detroit, chamber president and CEO Sandy Baruah says Saturday in a statement: "Many businesses deemed unessential are able to safely operate within social distancing guidelines. Other businesses, if forced to shut down quickly could endure severe long-lasting economic losses that will hamper the recovery or could pose safety issues resulting from a hastened closure."

His statewide counterpart, Rich Studley of the Michigan Chamber of Commerce, writes Friday in a two-page letter to Whitmer: "We recommend against a 'Stay at Home' or 'Shelter in Place' Executive Order that starts from the premise that most if not all 877,000 businesses in Michigan should be closed, while a select few are allowed to stay open. ... 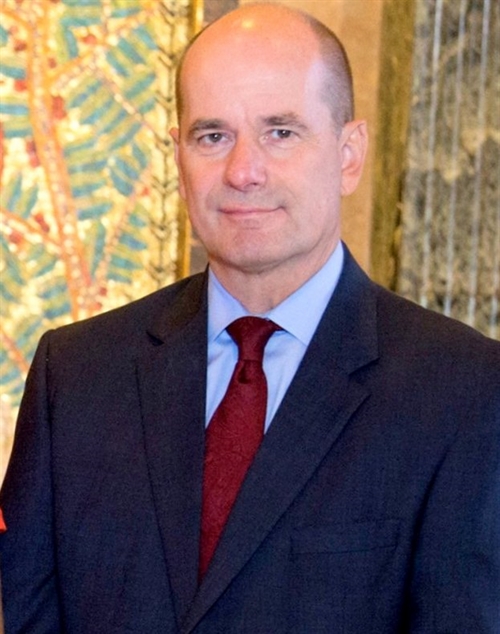 Nolan Finley: "The government [is] in the position of taking away paychecks and profits."

"Not all Michigan businesses need to cease operations due to the threat of COVID-19. We cannot risk a disruption in the supply chain or a break in the distribution cycle. In addition, many businesses have non-interruptible operations and those operations need to be protected as we move forward.

"Finally, we would urge you to allow businesses to continue operations unless there is a high public health risk to employees or the general public."

At some point America will have to make a hard decision about whether the cure it is applying to the COVID-19 outbreak is worse than the disease. ...

If we don't soon emerge from our hiding places and resume commerce, the damage from layoffs, bankrupt businesses and lost learning will sink the economy. ... Before too much longer, we have to end the lockdown, even if the COVID-19 risk is not eradicated.

In addition to Ohio and Louisiana, these five states also have clamped down more extensively than Michigan on business activity and public movement: Illinois, New York, New Jersey, Pennsylvania and California.

As Studley of the Michigan Chamber sees it, those "states embark down this economically damaging road."

Their governors, Finley suggests, "put the government in the position of taking away paychecks and profits from those who will now face poverty and ruin. And they have no choice in the matter, and no recourse."

So there it is: Good-faith efforts to protect residents from a deadly pandemic put people before profits -- an "economically damaging road" to some who call themselves leaders.