This repost from April 9 is the seventh in a daily countdown of 10 articles from this year. Links to earlier ones are at the end.

Covid-19 patients reportedly die in the hallways of DMC Sinai-Grace as they await care, while others receiving treatment are said to die as they wait for stretched-thin staff to respond to alarms signaling their conditions have worsened.

Accounts provided by doctors and nurses to CNN give a harrowing glimpse of what it means for a hospital to be overwhelmed.

Staff shortages at the Detroit Medical Center facility are so bad that about a half-dozen nurses protested April 5 to plead for more help. 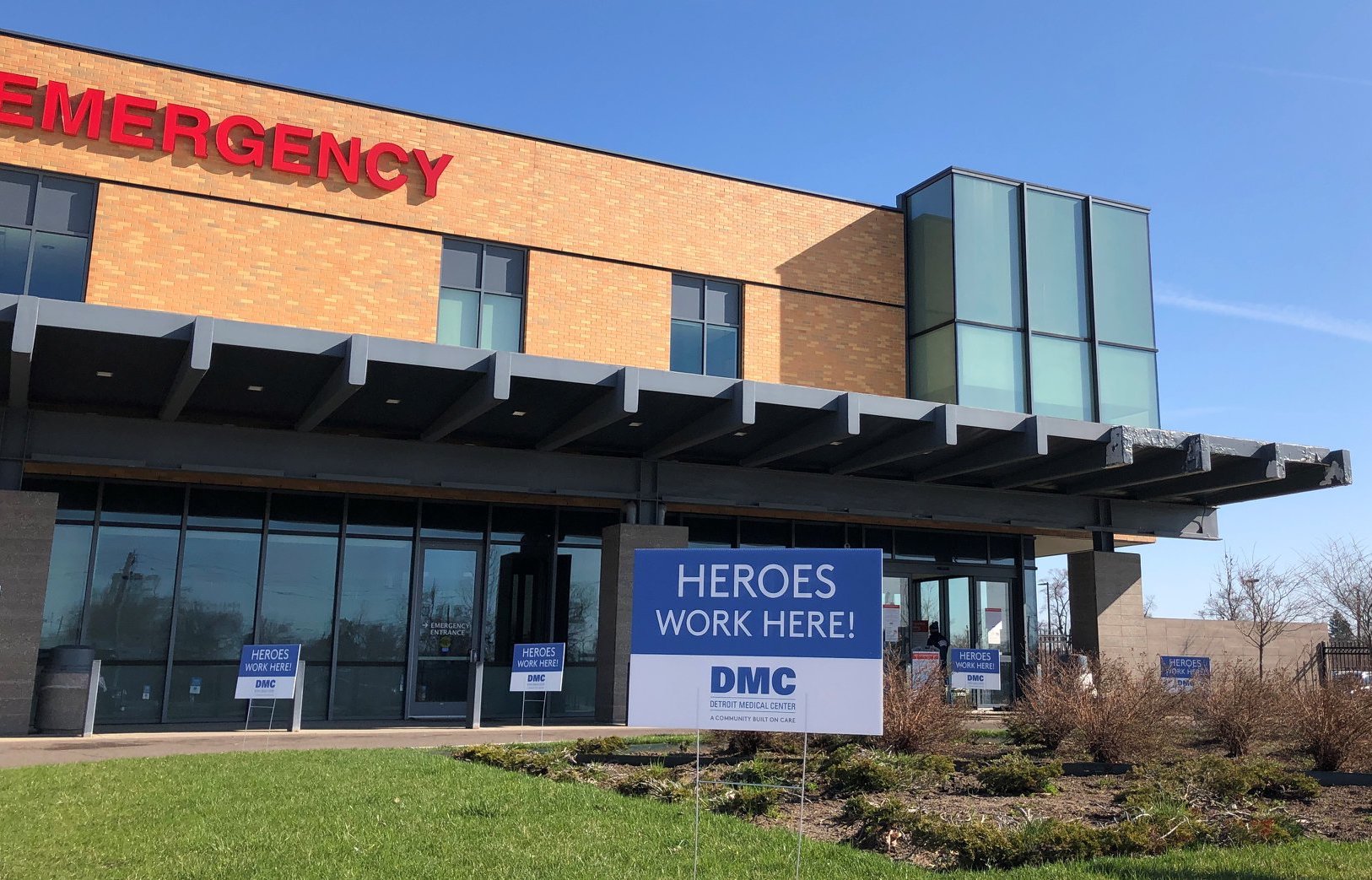 At least two patients have died in hallway beds, the cable network says.

"Each nurse has so many patients that by the time they come to check on their next one, there is a chance that patient may not have a pulse anymore," (a physician speaking on condition of annonymity) said.

Another patient's breathing tube disconnected from the ventilator, and the patient died before staff could respond, two ER workers told CNN.

Workers at Sinai-Grace, though, said that with the increase in patients, the hospital at times hasn't had enough of the cardiac monitors that sound an alarm when a patient's vital signs change, according to three of the health care workers.

According to that worker, one patient without a monitor died in the ER hallway. The patient was showing signs of rigor mortis by the time staff members were aware that the patient had died.

Even if a patient is on a monitor and alarms begin to go off, staff isn't always able to respond in time, two ER employees said.

In at least two instances, even though monitor alarms had gone off, the hospital was so busy that by the time nurses were able to get there, the patients had died, the ER employees said. "They walked up to them and they had no pulses," one ER worker said. "They were on the monitor, but it was too much to watch everyone safely."

Sinai-Grace, Northwest Detroit's only hospital, is surrounded by a constellation of nursing homes.

Detroit is among the hardest-hit U.S. areas, with a majority Black population that suffers from underlying conditions that can exacerbate coronavirus symptoms, like hypertension and diabities.

Detroit's Covid-19 death rate already exceeds that of New York City's, even though its outbreak began two weeks later. The virus has spread to its nursing homes, with at least 12 deaths reported as of April 9.