127 arrested for curfew violations in fifth night of Detroit demonstrations 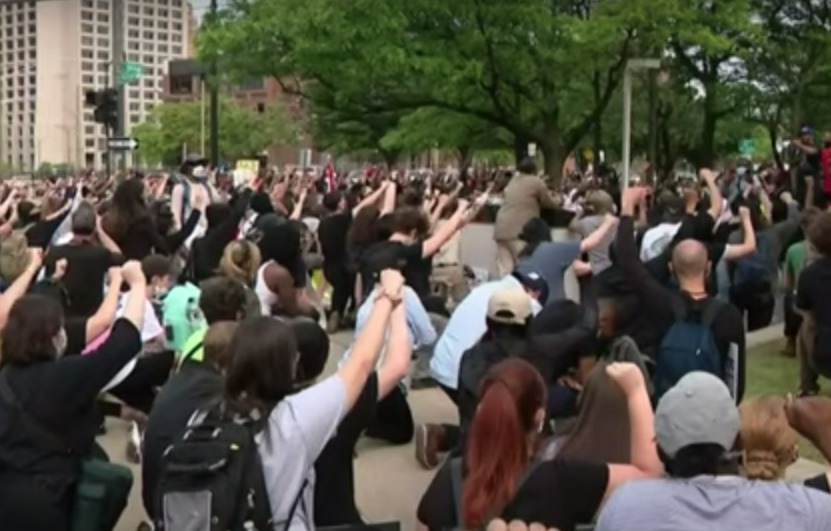 Detroit police took down dozens of demonstrators who stayed out approximately an hour beyond an 8 p.m. curfew Tuesday, ending a fifth night of largely peaceful protests against police brutality.

A wall of officers closed in on both sides of the marching group just before 9 p.m. near the area of Gratiot Avenue and Conner. They began arresting people, taking many to the ground. Some appeared to have been pepper-sprayed, and some appeared to resist and were restrained.

Police say 127 people were arrested. Seventy-four had suburban addresses listed on their identification and six were from Maryland, California, Washington D.C., and New York. The rest were listed as living in Detroit.

The protesters join the more than 250 who've been arrested since local protests against the police killing of George Floyd in Minneapolis began Friday.

The daily demonstrations in Detroit, which have included up to about 1,000 people, have been largely peaceful. But after some protesters hurled rocks at police and defaced a number of cruisers in the first three nights of demonstrations, an 8 p.m. curfew was instituted.

Monday's dispersed without incident. After 8 p.m. Tuesday, instead of reconvening at Detroit police headquarters, the location of previous showdowns, demonstrators marched up Gratiot peacefully to the east side.