Shelby Township's board of trustees has stopped short of firing a police chief under fire for tweets promoting police brutality, voting to suspend him from the job for a month instead.

The 5-2 decision comes after the elected officials heard more than two hours and 30 minutes of public comment about Robert Shelide Friday, then met privately to hear him respond to three administrative charges promoted by tweets from a now-deleted account.

Media coverage says Shelide will be suspended without pay starting Wednesday and must complete cultural awarness and OSS counseling and training within 60 days.

According to the June 8 notice of charges from Supervisor Richard Stathakis, Shelide's actions violated oath of office, code of ethics, an employment agreement, use of force, social media policy and conduct unbecoming department personnel, among other things. 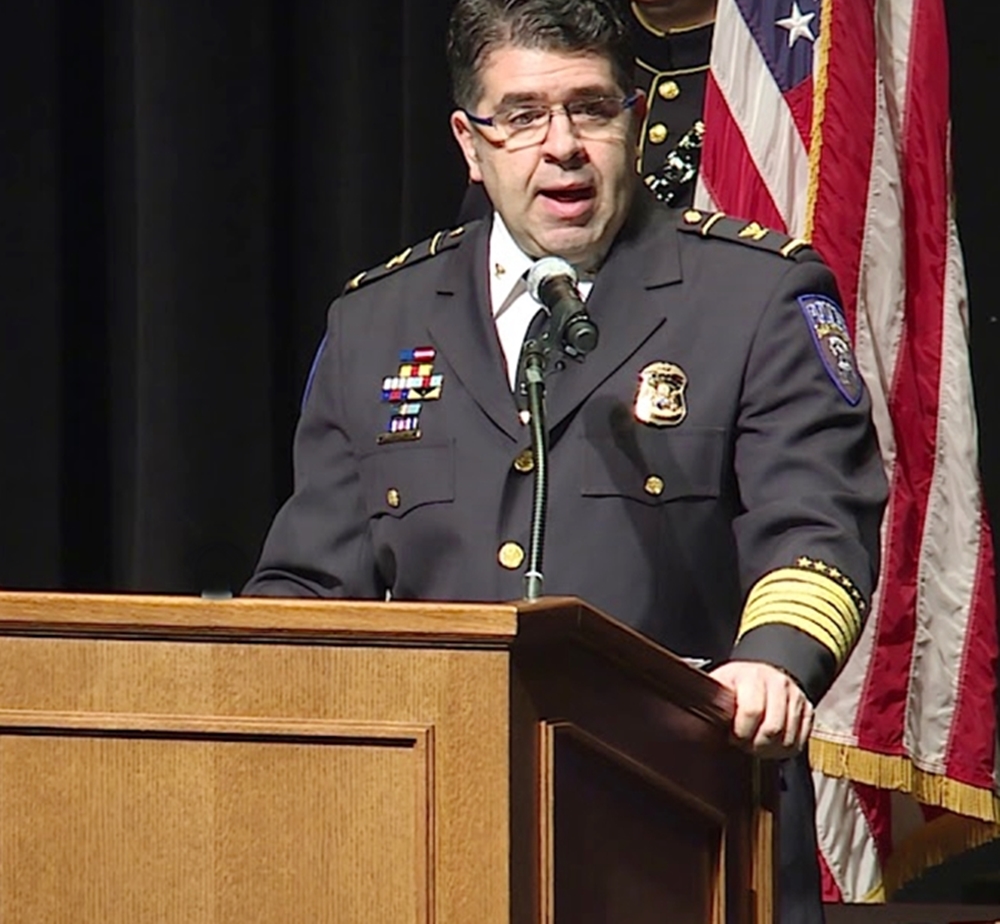 Robert Shelide: My record speaks to the commitment and professionalism that I have exhibited for more than 30 years without incident, both of which were compromised by my emotion." (Photo: YouTube)

On Tuesday night, the supervisor said the chief should be dismissed because he "clearly cannot be trusted to enforce the law impartially." Stathakis and Trustee Vince Viviano voted against the motion.

The 52-year-old chief had been on paid leave since June 4, the day images of about a half-dozen tweets appeared on Facebook.

The posts glorifying police brutality "are, at the very least, unprofessional,” Stathakis wrote in a nine-page document quoted by WXYZ. “At worst, the terms can be perceived to be racially insensitive and derogatory.”

Using the Twitter account @sheepdawg711, Shelide wrote: “Trump threatening to deploy the military. I have a better idea: unleash the real cops and let them take care of these barbarians. I promise it will be over in 24 hours.”

In another tweet about looters in New York City, he wrote: “Wild savages. I wish to God I would have been there. Body bags for these vicious subhumans. Oh, on another note, I dare you to try and drag me out of my vehicle." ...

He apologized for the comments shortly after they surfaced.

Shelide pleaded with the board to keep his job, the Detroit News reports, telling members "I am not a racist."

"I bleed blue. I've been doing this job since I was a kid," he said after the board heard more than three hours of public comments about whether he should stay or go. "This isn't a job for me. This is a calling."

These were among residents' comments during Friday's lengthy meeting, according to the Freep:

"I'm angry and I'm ashamed for my township," said a woman who said she has lived in the township nearly 45 years.

Another resident of 21 years, who is African American, said Shelide's comments are racially biased and unacceptable and added: "This man must go."

About 10 people spoke in support of Shelide, including a township police detective who is a resident. He said Shelide brought progressive growth to the department, including up-to-date technology. He said he doesn't think Shelide supports police brutality and he has confidence in Shelide's integrity.

One woman called in to say Shelide "is not a racist" and is respected.

The chief has been in law enforcement 34 years, including more than five heading Shelby's force. He earlier worked with the Detroit and Southfield police departments.

Trash-Tweeting Shelby Police Chief Sorry for 'My Emotion' and 'Gravity of My Comments', June 4