Selweski: Metro Detroit has more Covid deaths than 43 states. And yet we're done with masks and restrictions?

Mere months after we first learned that the deadly coronavirus had no connection to Mexican beer, it’s as if someone has waved a magic nasal swab and, poof, the pandemic is over.

Across Metro Detroit and throughout Michigan, social distancing and the wearing of masks has somehow become passé for many. Not cool. Old school. The standoff between mask wearers and those who refuse to cover up has generated an ugly schism based on political beliefs.

Those who are masked practice safe social interaction, caution and common sense. Those who make a statement by shunning protective gear range from people who think the virus has waned to those who believe the entire matter was a hoax. 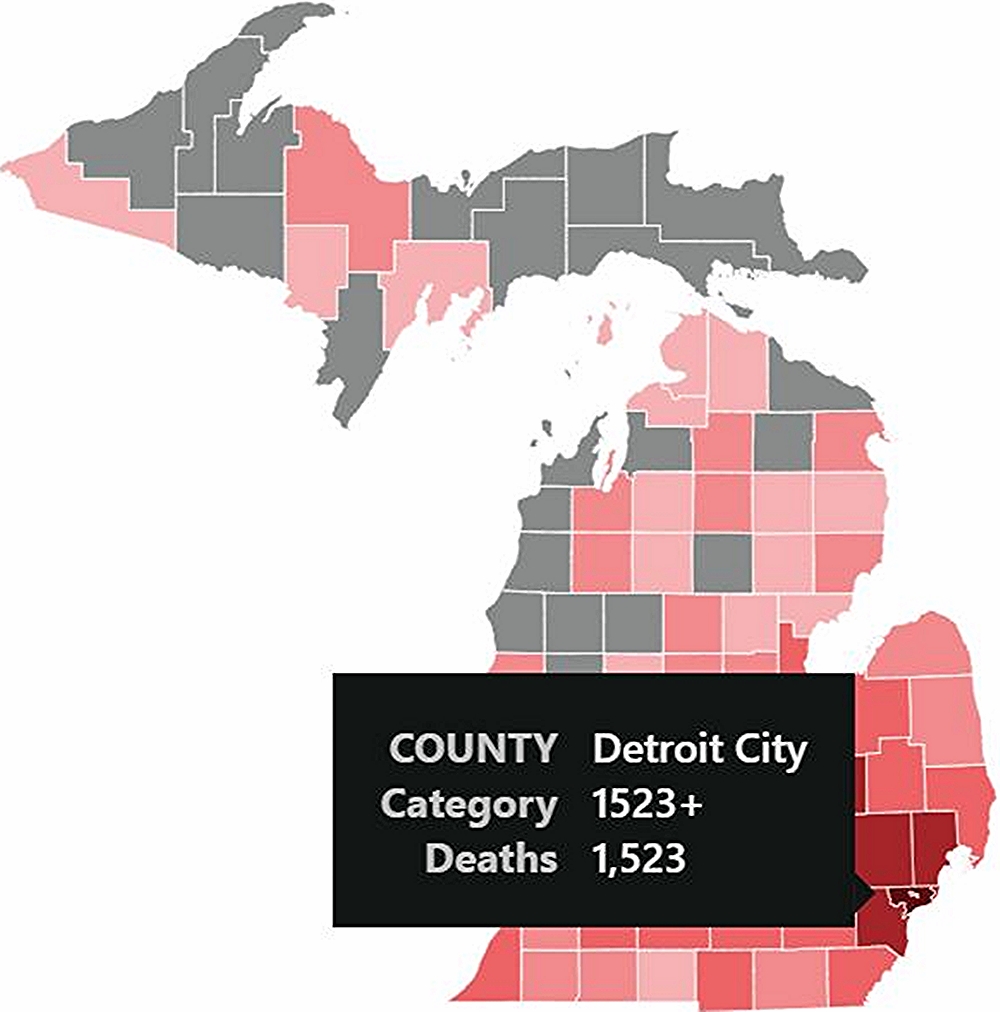 Residents of Detroit and its suburbs – the epicenter of Michigan’s outbreak -- should not need to be reminded how hard this community was hit over a period of nearly four months. Since the pandemic reached the U.S., Wayne, Oakland and Macomb counties have experienced more coronavirus deaths, 4,687, than 43 states have registered on a statewide basis. Forty-three states. Let that sink in.

If the tri-county area was a separate state, it would rank in the top 20 for cumulative number of coronavirus cases – 41,574 as of Friday, according to the Michigan Department of Health and Human Services.

On a proportional basis, obviously Metro Detroit has far more people than Wyoming or North Dakota. But even in apples-to-apples comparisons, the news has been dreadful for Motown.

On a per-capita basis, Wayne County -- including Detroit, one of the deadliest U.S. hotspots throughout March and April -- would rank higher than all but six states in virus-related cases. Wayne has posted 1,264 cases per 100,000 people, and Oakland and Wayne are not too far behind, each with well more than 800 cases per 100,000.

Yet in recent weeks, the nonsensical behavior among the maskless who tempt fate continues unabated. A prime example of the ramifications occurred last weekend at a crowded East Lansing bar where 76 cases of Covid-19 emerged after nights of shoulder-to-shoulder partying, with barely a mask in sight.

A more outrageous illustration that people believe the coast is clear will happen Friday, when the annual booze-and-sex fest known as Jobbie Nooner will be held as usual. The event takes place offshore from Macomb County in Lake St. Clair, with thousands of boaters and their partying friends playing in waist-deep water. Will there be masks? Social distancing? Not a chance. This is a skin-to-skin extravaganza.

While experts have warned that Michigan likely is reopening too soon, too quickly, the feared resurgence of the disease is already in the air. The state health department Friday announced a statewide increase of 389 new cases, the most newly confirmed cases in a single day since May.  The seven-day average is also on the rise, suggesting that the curve may be bending upward again. 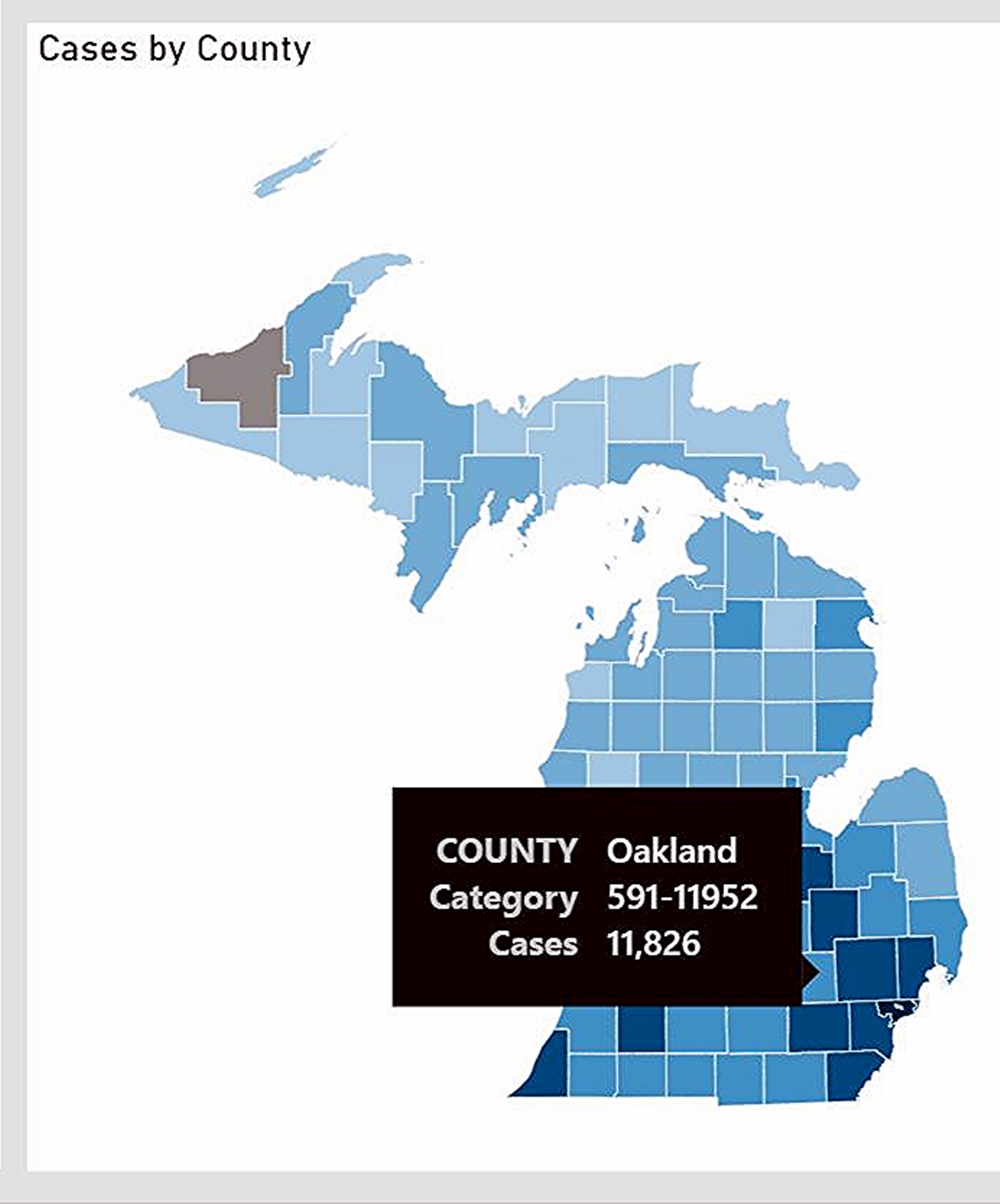 The phased reopening of the state by Whitmer seemed prudent but with the onset of warm summer weather the changes were like opening the floodgates. Human nature took over and people flocked to beaches, bars and stores, flaunting their refusal to wear masks.

In the Detroit suburbs, the idea that all is well was promoted in recent days by Oakland County Executive Dave Coulter and Macomb County Executive Mark Hackel. Both executives eliminated their counties’ anti-virus state of emergency. At the same time, Hackel’s public criticism of the remaining state restrictions drew the ire of the governor’s office.

In an interview last week, Hackel falsely claimed that Macomb County’s Covid death rate had fallen to less than half a death per day. Deaths are down considerably but, according to state health officials, Macomb’s daily death toll over the past two weeks has ranged as high as 18.

Hackel asserted that Macomb is well-positioned to handle a coronavirus comeback and described the current situation this way: “It’s no longer an emergency, it’s a state of concern.”

Unfortunately, too many people don’t seem concerned. Nearly 5,000 deaths later, many tri-county residents act as if they don’t have a care in the world.

They may not listen, but the message from local officials must remain steadfastly the same: Stay safe. Don’t be selfish. Use your head.

And use your mask.