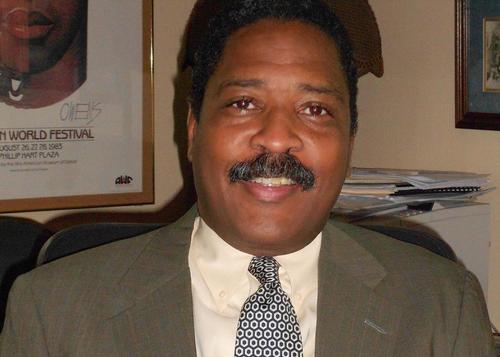 An official fired from Detroit's police oversight board due to alleged impropriety will soon be back on city payroll after another commission approved him as its executive director.

Greg Hicks, former secretary of the Detroit Board of Police Commissioners, on Saturday was selected as executive director of Detroit's Charter Revision Commission — an elected body revising the city's guiding document. His salary has not yet been set, a commissioner tells Deadline Detroit.

The vote for Hicks was unanimous; no one else was up for the job after another candidate bowed out due to a potential conflict of interest.

Hicks was ousted by the BOPC last fall, after a year-long probe by Detroit's Office of the Inspector General found he had manipulated the hiring process while filling key positions. In one case, Hicks is said to have amended hiring criteria to allow in an applicant without a four-year college degree, as was required. The person he picked, who had previously worked for the board, got a more than $20,000 pay bump even though his duties were largely unchanged, the report said.

The Board of Police Commissioners was said to have violated the city charter by delegating hiring authority to Hicks, rather than publicly voting on hires. The board has an annual budget of more than $3 million.