There seems to be an acceptable body count in the city of Detroit, judging by the inaction of the state's political leadership. 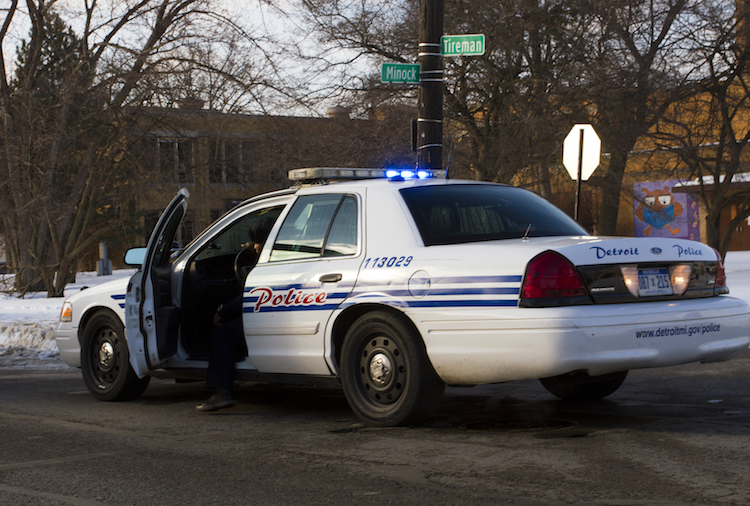 Lights (and sirens) on, nobody listening. (File photo)

The comparisons to America's other large cities are startling. Exploding violence is the stuff of international headlines in the wake of Black Lives Matter protesters demanding the downsizing of the police, and in turn, the police downsizing their response to crime.

• Chicago recorded 87 shooting victims over the long Fourth of July weekend, 17 of them fatal. Detroit saw at least 46 shootings (three of them children) and at least eight homicides. (Chicago Police publish daily data. Detroit does not.) It is also important to point out that Chicago has four times the population – 2 million more people. Chicago put an extra 1,200 cops on the street. It didn't work. But what about Detroit's strategy?

• New York has seen an explosion in gunplay. It was Gotham's bloodiest June in a quarter-century – 205 shootings. Detroit has that beat. Over the past month, (June 5-July 5) Motown has suffered 221 shootings. It is important to note that New York has 11 times the population – nearly 8 million more people.

• Atlanta saw 30 wounded by gunfire, and five homicides (including an 8-year-old) over the holiday weekend. So bad was the violence there that the governor of Georgia declared an emergency and sent in the National Guard. What does our governor do? Nothing. Not a mention. No mobilization of the state police to monitor Detroit's major thoroughfares, which have become rodeo grounds for stunt drivers in souped-up cars (a practice encouraged by Chief James Craig, it should be remembered.) Instead, Gretchen Whitmer asked the people of Michigan, by way of Twitter on June 26, "what do you love about Detroit?"

Has Mayor Mike Duggan addressed the weekend's wild violence? No. Has he been challenged by the press? No. Where is the headline: DO SOMETHING, MIKE!

Last week, Chief Craig attempted to explain away the violence that has plagued the city for five years. He blamed it on people being cooped up by Covid. He blamed it on arguments gone wrong. Isn't that why murder often happens -- an argument?

Where is the proactive policing? The gun strategy?

The joke now going around is the one about Officer Phil and Officer Checkoff. These hypothetical cops respond to 911 calls only long after the crime has been committed. When Officer Phil eventually arrives, he “fills” out the paperwork. His partner Officer Checkoff “checks off” the boxes. And off they go. In the overwhelming cases of gun injuries and murder in Detroit, there are no arrests.

I attended a march of the Black Lives Matter crowd on Monday. You've got to appreciate their commitment. Forty days straight and 95-degree weather, and they're still shaking it up. Our conversations were reasonable. Less money for the police, more for the people, they said. Understandable, said I.

However, we've already given the police less money and now we're getting what we pay for.

I pointed to the Northwest Activities Center, where they mustered. The paint was peeling, the sidewalks cracked and choked with leaves. The last time I had been there, the mayor promised $30 million for neighborhood development that never developed.

I reminded them of the 4th Precinct, where they were bucked off the hood of a squad car recently. A no-bid contract built that place, a job where the builder pocketed $2.5 million, and now it's falling apart.

Then there's the skyscraper money, the golf event, the hockey arena, the auto factory, the demolition dollars, the failed jail, the new jail, the no-bid real-estate deals. You're looking for public money, you look there, I said. Billions.

No one calls Detroit “Comeback City” anymore. They wouldn't dare. Especially now that protesters have the national eye trained on the neighborhoods. People are dying. Too many. For too many no-good reasons.

So I'll ask it. Again. What's the plan, Governor? Where are you, Mister Mayor? Do something. Taking a knee is for those who are out of breath, courage and ideas.