How one Detroit landlord improves the city, a house at a time 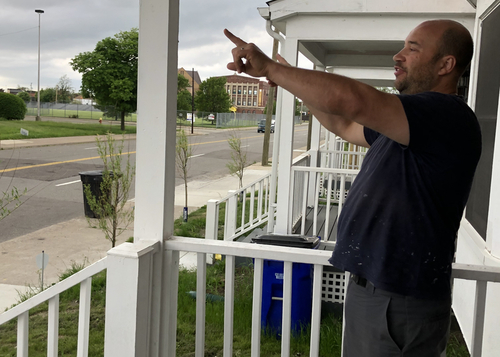 By his recollection, Jon Zemke was enduring the scourge of the modern white-collar worker – an office meeting about a mission statement – when, paralyzed with boredom, he started scrolling Zillow, the real-estate website. His attention was caught by a well-located Detroit house, lost to foreclosure, listed for $20,000.

He couldn’t believe his eyes, and called a Realtor, asking if it was a typo. It wasn’t. He made a cash offer for $17,000, money he had saved from working as an always-busy freelance journalist. It was accepted, and just like that, Zemke owned one house more than he could live in. (He and his wife, Kristin Lukowski, had closed on a loft in Midtown the year before.) 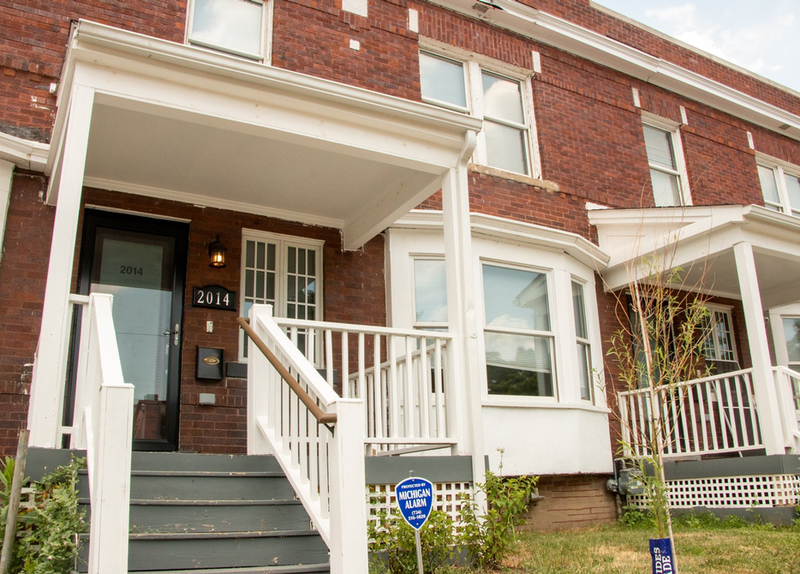 LaFerte Terrace, a seven townhouses and a duplex (Courtesy photo)

“My thinking was, we’d move here when we were tired of loft life,” he said.

At that price it was a fixer-upper, needless to say. Zemke went to work, weaving it into his freelancing schedule. What “should have taken six weeks took six months” due to his on-the-job education. But eventually it shaped up, and Zemke – who was still not tired of loft life – offered it for rent. It was a turning point in his life. Now he was a landlord.

Landlords aren’t popular these days, and are likely to become less so. A predicted eviction crisis, caused by pandemic unemployment and missed rent and mortgage payments, could be on the horizon. Affordable housing is already a minefield topic in gentrifying neighborhoods of Detroit, made more so by grassroots rent strikes organized by activists, some of whom declare they would rather see buildings stand empty than have the wrong people – better-off people – move in.

At the same time, there’s also the question of how a city like Detroit is supposed to recover, to rebuild its tax base, repopulate its neighborhoods, if better-off people don’t move in. Does gentrification always have to mean displacement? If a neighborhood can deteriorate, a bad thing, why must its improvement also be a bad thing? Do all landlords have to be Snidely Whiplash? What does a good one look like? Maybe a little like Jon Zemke?

These are questions that knock around in Zemke’s head while he’s working on the other units he’s bought since that first house, which is now rented by “a series of Teach for America teachers,” he said, who pay market rate, about $1,600 a month. He and Lukowski now own a dozen up-and-running units, and are working on a dozen more, he said. He left journalism behind, got his builder’s license and now makes renovation and property management his full-time job. (Lukowski works in marketing for DDOT, a job that comes with benefits; his most important piece of advice for would-be landlords is, “Make sure your spouse has excellent health insurance.”) 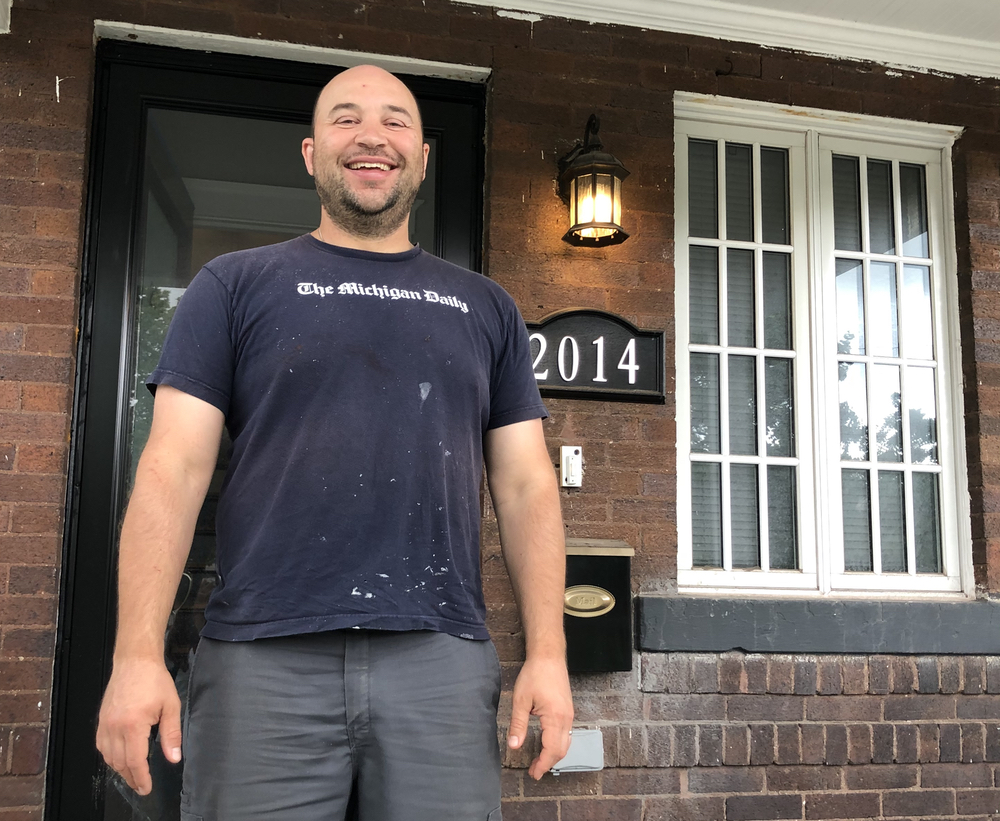 As landlords go, there are many in Detroit who are far bigger fish. Zemke still considers himself a mom-and-pop operation, with finances and fortunes deeply entwined with his tenants’. If your stereotype of a landlord resembles the top-hatted man on Monopoly game cards, you’d be startled by Zemke, who is often covered with sawdust and whose cash flow can resemble Bay of Fundy tides. Ask how rich he feels when he’s just paid off a big masonry job, or made a quarterly tax payment, or an insurance premium.

“Most of the time, I am leveraged to the hilt,” he said. “I have contractors to pay, maintenance to do. My electricians aren’t full-time, but they spend a ton of time here. My 1099 to my mason was six figures last year.”

On the other hand, his units are almost all rented, almost all at market rates. Most were picked up for bargain-basement prices available to those willing to take on a project. No matter what happens to all the 401Ks and stock portfolios in the world, they’ll still be standing. It’s called real estate for a reason.

And while landlord-haters may find it hard to swallow, Zemke isn’t in it for the money beyond making a living. He’s not a flipper. His father owns a few houses in the Ann Arbor area, and he points out that no one in his immediate family has sold a piece of property in over 50 years. They buy and hold and keep on holding. He’s motivated, he says, by a genuine desire to improve the city’s housing stock and neighborhoods. He maintains his buildings at a level that he and his wife would consider suitable housing for themselves.

And most important, “they should look no different from the owner-occupied place next door.”

His biggest project so far, and still a work in progress, is LaFerte Terrace, a corner wraparound of seven townhouses and a duplex at West Warren and Vermont in Woodbridge. They were once individually owned, and Zemke bought the first for $500 at the county auction, picking up the rest one by one, a process that took several years.

All of the units required at least cosmetic upgrades, but Zemke and his crews have gone beyond just new paint and appliances. They’ve stripped and refinished floors and woodwork. They’ve remodeled kitchens and bathrooms. They’ve tuckpointed century-old brick exteriors, ripped off rundown back stoops and replaced them with decks big enough for a couple of chairs. They replumbed, rewired, added central air conditioning.

His spring 2020 project – which, like most of his work, is chronicled on Facebook – is building and installing raised garden beds in LaFerte Terrace and at all of his properties, where tenants can plant flowers, herbs and vegetables. There are fire rings and public art, usually a mural on an exterior wall. All of these details encourage neighborliness, he said, which strengthens the community, and protects his investments. 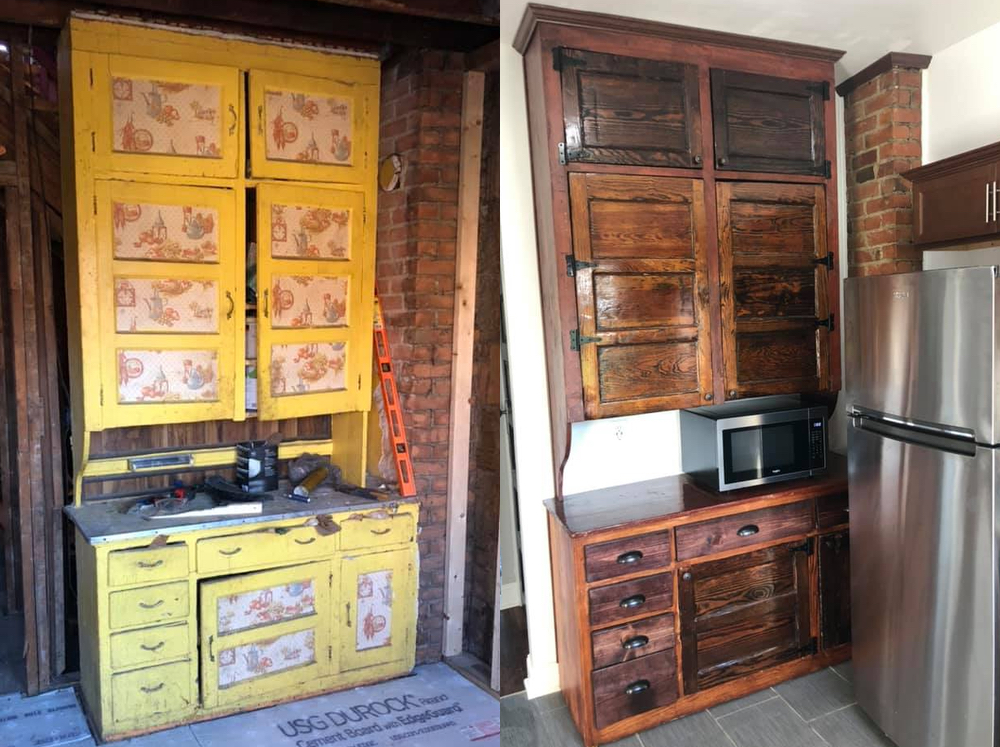 The restoration of this built-in kitchen cabinet is in a LaFerte townhouse. (Courtesy photos)

That, he says, is the goal: A better Detroit.

“The thing is, Jon approaches these projects with genuine humility,” said Mac Farr, executive director of The Villages Detroit Community Development Corp. “He has the special sauce. When you’re as embedded as he is, when you hire locally, he can be humble and work sustainably. His builders license differentiates him from everybody else. His growth is slower and more sustainable, because he can control his own costs.”

There’s no question his rents would be out of reach to most Detroiters, where the median household income falls short of $30,000. But he’s not putting up penthouses, either. If you’re middle-class, you can swing these rents. He does have a few affordable units, rented to people he knows – a worker on his crew, his brother. He’s not in the business of building affordable housing, but in preserving Detroit’s neglected housing stock to shore up its neighborhoods and, along the way, provide some places for people to live.

Along the way, he hires local residents. He helped them apply for unemployment when the pandemic shut him down for a while. And he’s worked with tenants who’ve lost incomes and can’t pay rent, or can only pay some of it, mainly by giving them work to do on his many projects, which need everything from skilled labor to weed-pulling. Shouldn’t that count for something, at a time when landlords are so often demonized?

“Some people rent all their lives,” said Donna Givens, president and CEO of the Eastside Community Network. “Every landlord doesn’t have to have the same policies. As long as they’re not discriminatory. We don’t want to put the burden of low-income housing on landlords. It’s the responsibility of the state.”

It so happens Zemke agrees. Although he’s not interested in Section 8, he thinks the city could go a long way to putting more people in charge of their own properties.

“There’s no way the city should own a quarter of the privately held land in Detroit,” he said. “The best thing the Land Bank does is the side lot program” – which offers vacant adjacent land to homeowners for a nominal fee. Better housing for Detroiters of all income levels, he said, will come with more individual owners in neighborhoods. 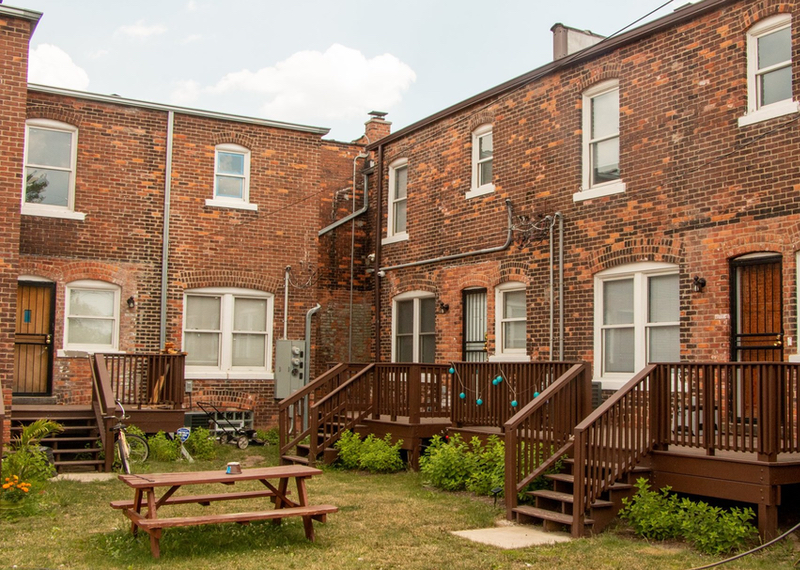 Farr, on the east side, said if the city wants what’s now called “naturally occurring” affordable housing, policy needs to “stabilize the things that drive housing insecurity for residents,” he said. Many low-income Detroiters live in housing they inherited from parents or grandparents, older stock that they can’t necessarily afford to maintain anymore. Rather than move them out into prefab subsidized apartments, he said, make grants to make emergency repairs, to fix foundations and roofs, stop tax foreclosure and “set them on a path to be more fully vested in their homes and their neighborhoods. When people feel vested, they defend that. They defend the whole neighborhood.”

“The world lost its mind” when it decided these elegant brick structures had little value, Zemke said. He’s speaking of the most recent low point, after the financial crisis, municipal bankruptcy and automotive bailouts. He doesn’t blame anyone who gave up on the city then and headed for the suburbs; “they lived through so many ‘renaissances,’ they were ready to take their money and leave.” But he looks at LaFerte Terrace, with its wood floors, its built-in storage, solid-wood paneled doors and other c. 1920s details and asks, “Do you think anyone builds like this anymore? They don’t.”

Zemke’s background in journalism makes him a good storyteller, and he likes to weave the stories into his work, as in a recent post he made to Facebook:

We’re finishing Johnny’s unit today. It was the last townhouse we acquired and easily the one with the best stories attached to it. Johnny grew up here and lived most of his life in this place. I see traces of him and his family everywhere when we’re working on this place. 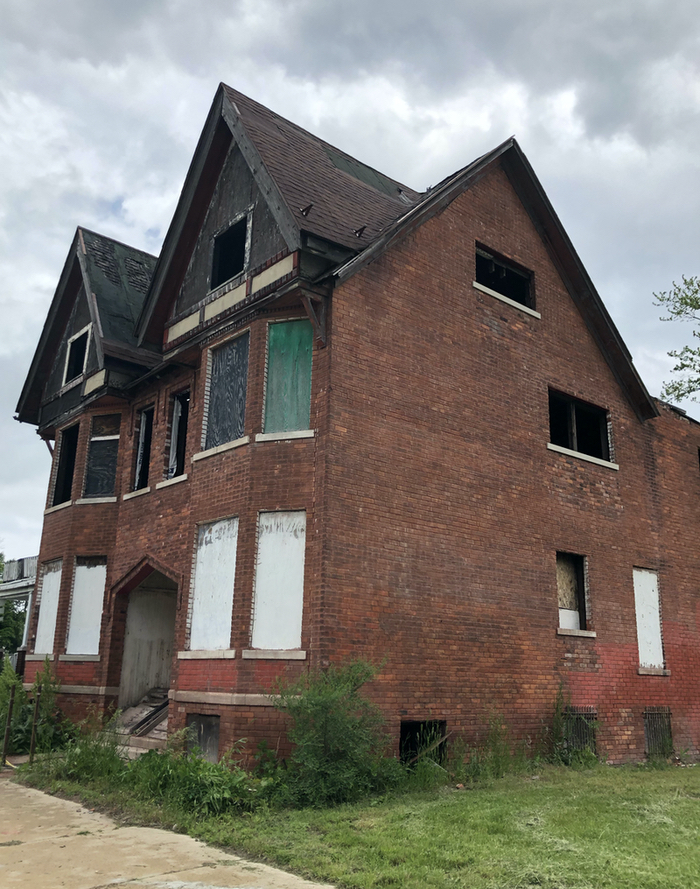 He’s in left-behind photos of him and his family in days long gone by. His name is painted on an old basement stairway wall that was covered in faux wood paneling. “Davis family 86” is written into the concrete on the front porch walkway. There are still traces of his DIY aviary he built in the basement for his exotic-bird business. How everything in the house was painted different shades of pink. He didn’t want to paint the wood but he did it as a compromise to an ex-wife he ended up divorcing a few years later. All of these things represented the dreams he as a contractor/builder/landlord/family man had for this place and these townhouses.

It didn’t work out that way. ... He wanted to sell this place to Kristin and I so we could do what he always wanted to do, renovate all of the townhouses. He couldn’t make that dream happen for a number of reasons, some self-inflicted and some outside of his control. ... Johnny lived in abject poverty in that townhouse in the last years, pirating water and electricity, heating the place with space heaters, and eating off hot plates. Him moving on to a senior citizen tower further out in the city raised his quality of life more than he could have ever had done on his own in this place.

We still keep in touch. He calls me every few weeks to talk sports or construction. Every once in a while he stops by to check in and live vicariously through our construction site. He gets a rush just being in the mix, even if it’s just supervising.

Johnny’s unit was finished with subway tile and stainless-steel appliances. The floors gleam. In one room, a round burn mark remains on the floor, deliberately left behind. It’s from Johnny’s hot-plate days, and has earned its right to remain, a scar that makes a body more interesting.