Nailah Ellis, center, poses with employees at her 4,000-square-foot plant on Clay Street, opposite Russell Industrial Center on Detroit's near east side. (Photos; Facebook)

Nailah Ellis, a 33-year-old Detroit entrepreneur whose Ellis Island Tea has been available nationally since 2018, climbs to a new level.

Her 12-year-old beverage company "has landed investment from and is now officially partnered with Kevin Hart," she announces on Facebook with an exclamation point. 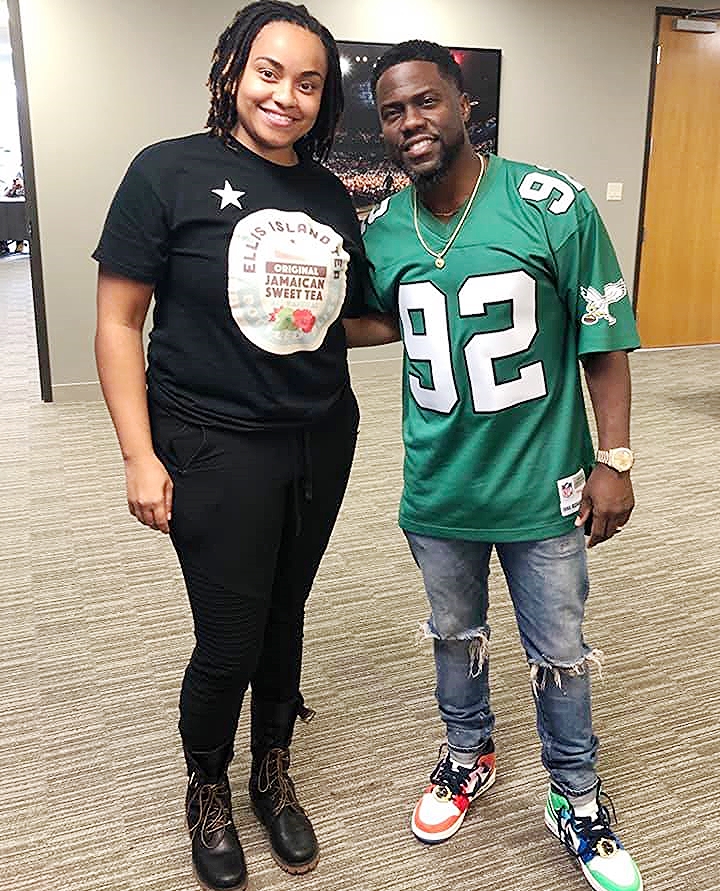 The creator and her new backer, Kevin Hart.

Tuesday's post, with the photo at right, adds: "Thank you for your belief in us, Kev! We are overfilled with excitement for what's to come from this relationship! Now I need y’all to go buy some tea because I gotta pay him back."

To lock in that investment, she recently traveled to Trinidad and Tobago to negotiate a deal with a major bottler that could help overhaul the company’s production. ...

Not only will the pivotal investment provide the capital needed to increase production, her partnership with someone with that kind of star power is likely to catapult the company from a beloved local brand to a major player in the beverage industry.

"We're about to change the game for the entire beverage industry, and Kevin Hart is very excited about being part of that," she said. 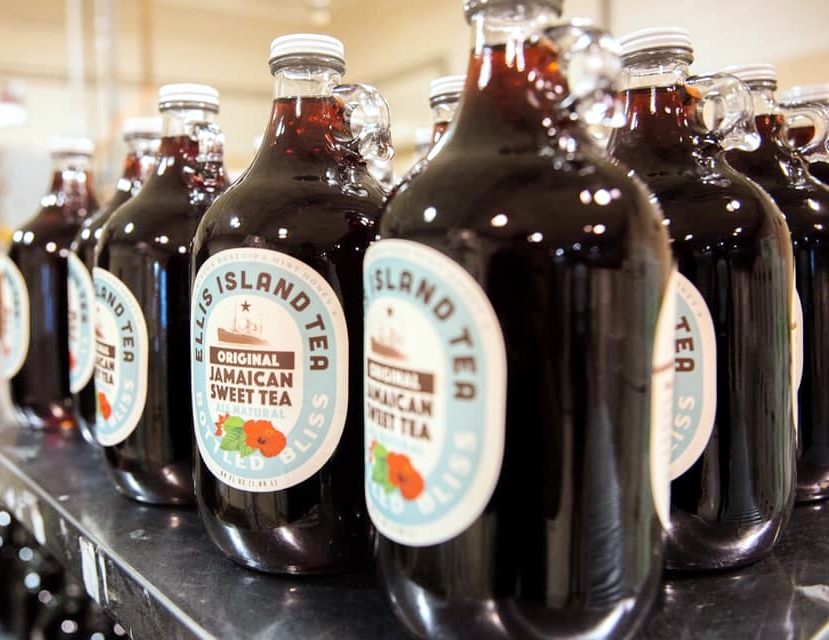 Ellis makes, bottles and distributes a tropical hibiscus tea. The sweet recipe, she says, comes from her great-grandfather, Cyril Byron, who came to America in the early 1900s from Jamaica and ran a catering business in Manhattan from 1940-60. Ellis inherited the tea recipe and and his entrepreneurial drive.

A big leap came in fall 2017, when Sam's Club began stocking it in Michigan, Indiana and Ohio. The next May, the Detroit product gained shelf space at all of its nearly 600 U.S. locations. It's also sold at Costco, Meijer and some airports. 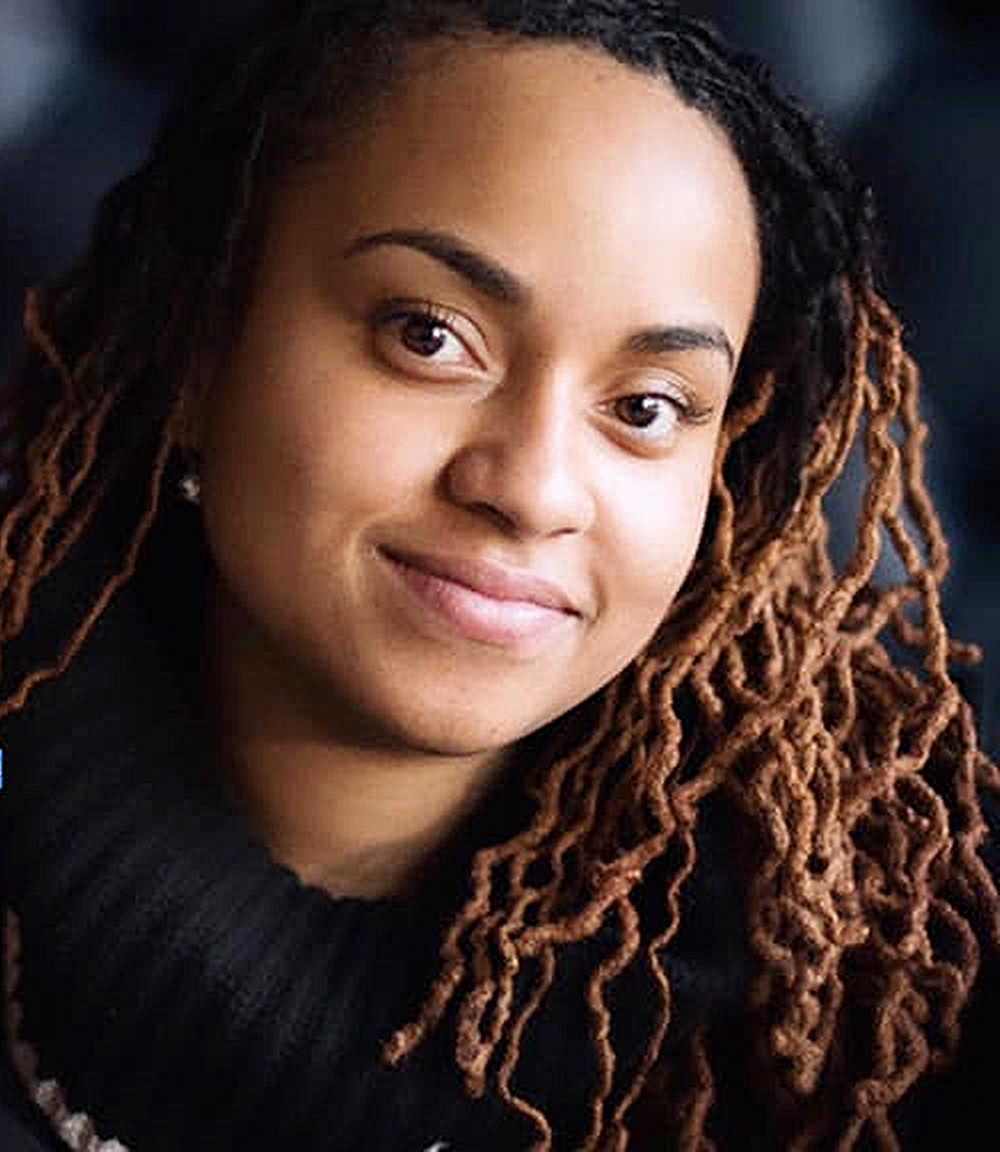 Nailah Ellis: "We're about to change the game."

Next up, the founder says, are Walmart this month and then Target and CVS. "We're on a hell of a ride right now and we're just getting started," she posts Wednesday on her personal Facebook page.

In the interview with Daniels, Ellis says: "We're about to change the game for the entire beverage industry and Kevin Hart is very excited about being part of that." 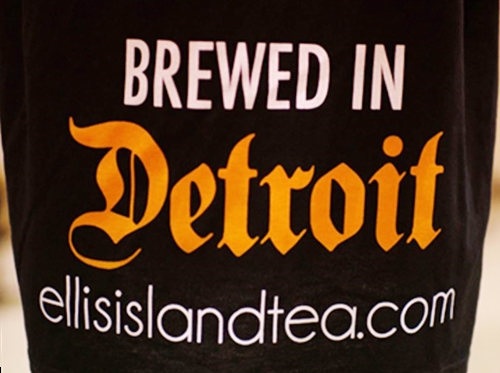 The article posted Wednesday includes details of the budding entrepreneur's rise, including parking lot sales from her hatchback at the Home Depot on Seven Mile and Meyers, and how her determination and hustle impressed Hart, who's also an actor and producer.