Can Rashida Tlaib prevail in rematch against Brenda Jones?

Freshman U.S. Rep. Rashida Tlaib drew international attention as an outspoken advocate for Palestinians, a tart-tongued critic of President Trump and a member of the so-called "Squad" with three other like-minded lawmakers. Now, two years after her election, she is its most endangered member. 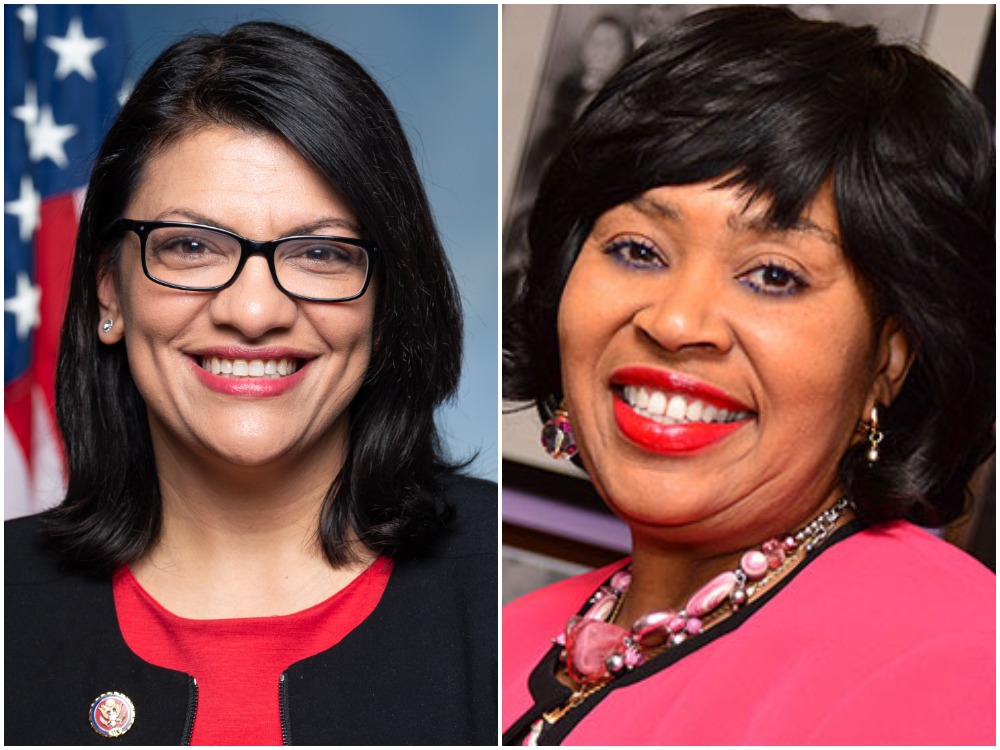 The New York Times looks at Tlaib's primary battle with Detroit City Council President Brenda Jones, which the paper says "is testing Ms. Tlaib’s ability to ensure that her work outshines her celebrity," and:

It has also pitted two overlapping and often allied Democratic constituencies — Black Americans and the progressive left — against each other, making Ms. Tlaib, a symbol of the party’s growing diversity, into a target.

... Ms. Jones and her supporters argue that Ms. Tlaib has become too preoccupied with national issues to tend to her district, which snakes through portions of Detroit and a mishmash of suburbs in Wayne County. They say her outspokenness against Mr. Trump and centrist Democrats like Hillary Clinton, whom Ms. Tlaib booed at a rally in Iowa last year, has hampered her work in Congress.

“You can be vocal, but the things that were being done — like calling the president a ‘MF’ or booing Hillary — every time something like that happened, I was getting calls from people saying ‘You’re more professional than this,’” Ms. Jones said. “I’m not interested in being a rock star. I’m just interested in bringing home the money, working for the people of the 13th district and uniting the community.”

Tlaib's camp says Jones exaggerates a few high-profile incidents to portray the incumbent as unconcerned with the district, and that Tlaib has worked hard to stay in touch with voters back home.

The so-called Squad, which besides Tlaib includes Alexandria Ocasio-Cortez of New York, Ayanna S. Pressley of Massachusetts and Ilhan Omar of Minnesota, has received national attention, but Tlaib's work in her district has not suffered, her advocates say. They paint Jones as an establishment politician who has failed to question police actions during this year of protest. Jones has said she "will not interfere with the legal system," despite demands for charges against arrested protesters to be dropped, among other goals.