'Foreplay before or after?': Detroit judge accused of making lewd comments 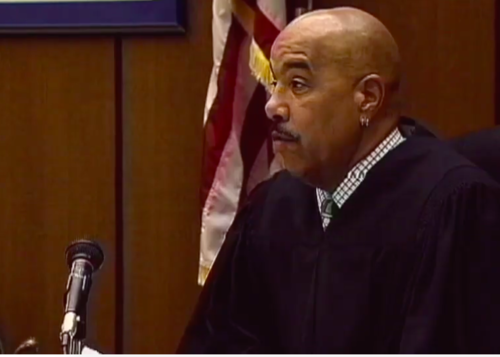 A Wayne County judge is the subject of a complaint that alleges he inappropriately used sexual references in conversations with two female assistant prosecutors on a criminal case.

In one instance, during a June private conference, The Detroit News reports Circuit Judge Bruce Morrow likened the presentation of evidence in the case to a sexual encounter.

He sat close and at one point allegedly asked: “Would you want foreplay before or after sex?”

"You start with all the information from the report, all the testimony crescendos to the cause and manner of death, which is the sex of the testimony," the complaint alleges Morrow said.

"You want to tease the jury with the details of the examination," he allegedly continued. "You want to lead them to the climax of the manner and cause of death."

In a second incident, Morrow allegedly told the other assistant prosecutor "all you did was show they (f-----)!” after she presented vaginal swab evidence showing the defendant's DNA.

Morrow is also said to have taken issue with the defendant's claim he had to have sex with the woman carefully because she was pregnant.

"Does he think his (d---) is so big that he would hurt that baby?" the judge allegedly asked.

The complaint has been authorized by Michigan's Judicial Tenure Commission on the grounds that Morrow violated the code of conduct for Michigan judges. It now goes through a review process before a final recommendation by the commission to the Michigan Supreme Court.

This is the second complaint against Morrow, who was suspended for unprofessional conduct for 60 days in 2014.