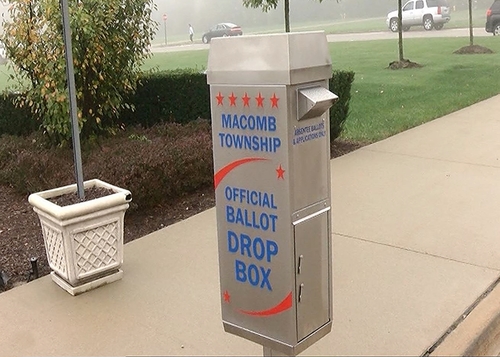 Absentee voting is expected to spike this November. (Photo: Michigan Secretary of State)

Absentee voting in the fall is expected to be record-breaking, due to concerns about the Covid-19 pandemic and changes in state law that make the practice far easier.

GOP poll challenger Cliff Frost, 73, of Warren said he was "incredulous" to see ballots sent to tabulators without first being checked against poll books as election workers are supposed to do in accordance with state manuals.

Frost said election workers told him: "We’re saving the envelopes, and we’re going to check them later." But he questioned what would happen if the workers found a problem after the votes had already been counted.

"They have September and October, two months," Harris said of the time remaining before the election. "How can they turn it around that fast?”

As has been reported, 72 percent of Detroit's absentee precincts had vote totals that didn't match the number of ballots cast, making them ineligible for a recount. The Wayne County Board of Canvassers asked Secretary of State Jocelyn Benson to examine training and practices in the Detroit City Clerk's office before November.

Clerk Janice Winfrey has not explained or commented, to any news outlet, since the August election.

Voting-rights advocates say the errors, while troubling, were not intentional and did not change the outcome of any race.

In an interesting aside, Hillary Clinton believes she has the GOP's number:

Clinton, the 2016 Democratic presidential candidate, referenced the Republican poll challengers during an interview with TV show "The Circus" last month in which she advised Joe Biden, the 2020 Democratic candidate, not to concede the election. She described the GOP challengers as "lawyers" and said a local reporter was told their presence was a "dry run" for November.

"Joe Biden should not concede under any circumstances because I think this is going to drag out and, eventually, I do believe he will win if we don’t give an inch and if we are as focused and relentless as the other side is," Clinton said.