Derringer: Confessions of a double-registered voter

Alarmists like the president (and, ahem, Charlie LeDuff) are raising a hue and cry about dead people registered to vote, or people registered in multiple states, suggesting the ground is being prepared for electoral shenanigans in November. Indulge me for a few paragraphs in sharing a story of my life as a double-registered election scofflaw. (You may choose to play George Thorogood’s “Bad to the Bone” or some other crime-related music as you read, if you like.) 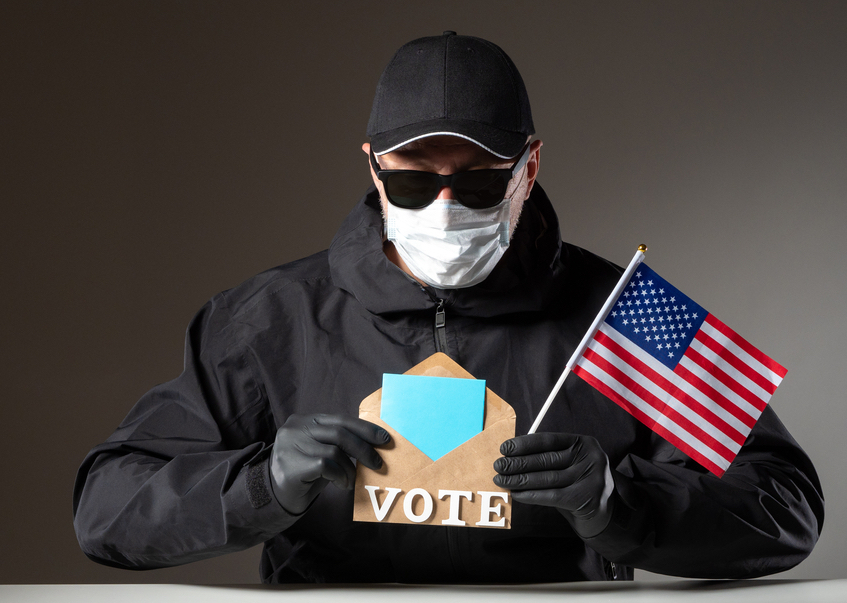 Come and get me, copper. (DepositPhotos)

I moved to Michigan in 2005. In 2008, I was puzzled by my 313 landline phone ringing throughout election season, with robocalls for candidates in Indiana, where I used to live. I mentioned this to a friend who said, "Easy to explain. You're still registered to vote in Indiana." I called the clerk in Fort Wayne, and it turns out my assumption that they’d boot me once I failed to vote in a few primaries and general elections was wrong. To get off the rolls in the Hoosier state I had to be a no-show at the polls for literally years on end, way more than three.

Most states are like this. Ohio’s law, the strictest in the country, requires a no-show for six years, after which the state sends a you-still-interested? notice. We don't want people showing up to vote and learning that because they'd been busy or apathetic about the last few cycles, that they were suddenly disenfranchised in the election they'd finally shown up for.

Opting out of my Indiana registration wasn’t as easy as a phone call. Today there’s a form, but I think then I had to write a letter and maybe send it registered mail? My memory is cloudy. But I do know it was one of those paperwork tasks that, had it been on the lengthy list of things anyone has to do in moving a household, I would certainly have blown off.

But that’s OK. It's easy to register to vote in this country. That's good. We're a mobile country, and people move all the time. It's OK to be registered in two places, or still registered when you're dead.

The problem is if you try to vote in two places. That's not easy at all. I guess I could have done it in Indiana and Michigan, if I'd wanted to. It might have made a difference in races decided by a single vote.

So when the president, and Charlie, and half the comment section on any given News or Free Press story get their knickers in a bunch about this, the proper response is, “Are the dead people voting? Are the double-registered casting one ballot or two? If the answers are "no" and "one," who cares?”

The Michigan Qualified Voter File (QVF) is full of corpses and ghosts. I had a copy a few years ago. Kwame Kilpatrick was behind bars and Carlita Kilpatrick was in Texas, but they were still registered to vote from their post-Manoogian Mansion address at the Park Shelton.

The bride of many surnames

And that’s nothing. Mark Grebner, an East Lansing pollster and consultant, says one woman in Michigan, a serial bride, has something like 11 registrations in the QVF, under her various husband’s surnames and a couple of hyphenations. But she only votes once.

Grebner knows another woman who has been sending in her son’s yep-still-alive postcard since he left the family home in 1993. The son, now 58 years old, lives and votes in Chicago, but if he ever wants to repatriate, re-registering in Michigan is one chore he won’t have to do.

As Grebner points out, who even cares? We have same-day registration in Michigan now. The existing QVF is almost beside the point. (That’s why, he said, he refuses to answer reporters’ questions about turnout; “I don’t trust the denominator.”)

Grebner points out a simple fact: It’s pretty easy to commit very small-scale voter fraud. I could have voted in person in Michigan and absentee in Indiana – cackle-cackle, twirls mustache – but that’s not what wins elections.

Election fraud in Michigan is more likely to be a sad little affair, arranged by bureaucrats covering their own mistakes in record-keeping, or, in the spectacular flameout of U.S. Rep. Thaddeus McCotter in 2012, because the office staff forgot to re-qualify the boss for the ballot until the deadline was upon them, and forged petition signatures. (Their work, then-AG Bill Schuette said, "would make an elementary art teacher cringe.")

The Heritage Foundation has compiled a database – hosted by Whitehouse.gov, ho-ho – where you can look up these cases. I didn’t read the whole thing, but Michigan’s are notable mainly for being pathetic; someone carried absentee ballots to the clerk’s office from individuals who were not in their immediate family, for instance. Hands up, don’t shoot.

A final note: I’m glad my colleague Charlie is volunteering to be an absentee ballot-counter. Perhaps the training will assuage his fears that the counting board will function as an army of flunkies in the dastardly employ of Mayor Duggan. I’ve not done that job, but I have been a poll worker, and trust me: The amount of box-checking and record-keeping and do-this-not-that you have to know just to work one precinct is rather mind-boggling.

I know Detroit’s elections are often notable for the number of screwups that occur, but having made mistakes in the job myself, I’m confident they’re due to gaps in training and, mea culpa, inexperience.