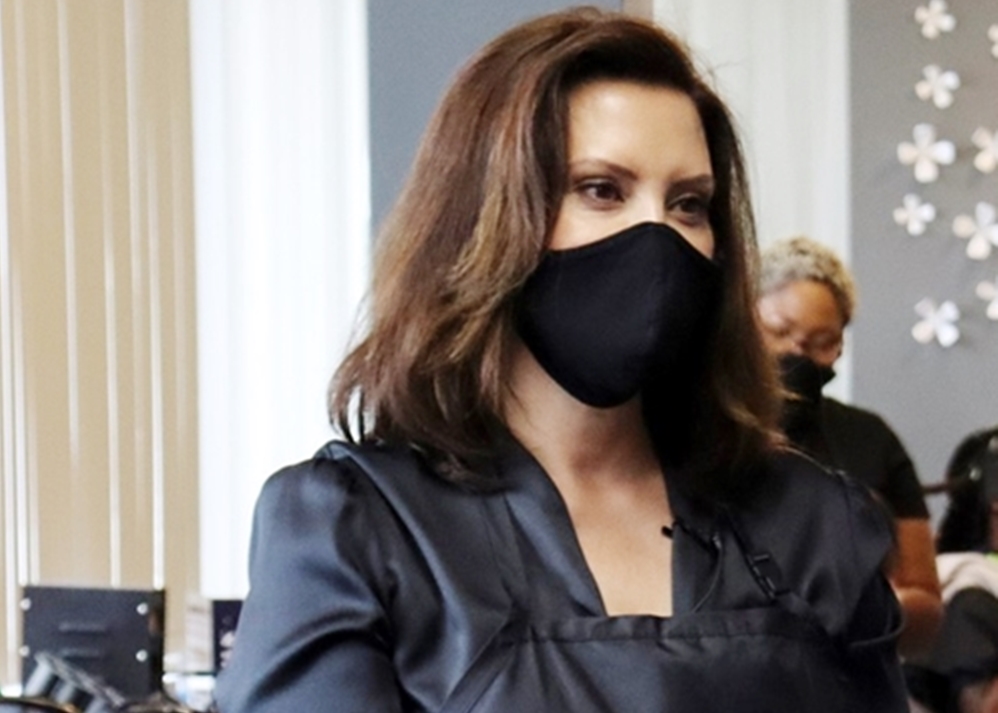 The high court on Friday ruled that a state law allowing the governor to declare emergencies without legislative input is unconstitutional. The  4-3 decision split along party lines.

Whitmer lost legislative approval for a state of emergency April 30, but has unilaterally extended the declaration, allowing her to issue a series of polarizing directives in response to the virus.

After the ruling came down, Whitmer suggested it would not take effect for 21 days — an apparent nod to the time she has to request a re-hearing by the court — and said her directives would remain in place through "alternative sources of authority."

Whitmer did not specify which alternative sources she meant. But Nicholas Bagley, a law professor at the University of Michigan, noted in a tweet Friday that state departments have issued rules and taken actions that essentially mirror some of the requirements included in Whitmer's orders.

The Michigan Department of Health and Human Services has *already* issued emergency orders that incorporate the terms of the mask order, the worker safety order, and the Safe Start order. Nothing changes with respect to those. https://t.co/6mQVExSuHx

In issuing her emergency declarations, Whitmer relied on an interpretation of an emergency powers law passed in 1945 and the Emergency Powers Act of 1976 to close businesses and restrict gatherings. MLive reports there are more than 40 orders still in effect. All reportedly specify that they're rooted in authority granted to her by the statutes the court struck down, but:

Some are also backed up by epidemic orders from the Michigan Department of Health and Human Services that tie back to a different statute allowing the director of that department to establish procedures to be followed during an epidemic.

The suit that led to Friday's ruling was brought by the The Mackinac Center for Public Policy. The decision was praised by the Republican Party and the U.S. Justice Department.

“Today’s decision by the Michigan Supreme Court is a victory for all Michiganders and the rule of law,” said Assistant Attorney General Eric Dreiband of the Civil Rights Division in Washington. “The United States Constitution guarantees a republican form of government to every state in our free country. The Constitution does not permit any public official unlawfully to restrict our liberty. All public officials must respect the right of the people to govern themselves at all times, especially during a crisis.”

“On June 23, we wrote to Governor Whitmer and urged her to work cooperatively with the Michigan Legislature to reopen Michigan safely and address the multitude of concerns that Michiganders have had about the restrictions on their liberties,” said U.S. Attorney Matthew Schneider. “The best solutions for preserving our liberties and keeping us safe involve listening to the people of Michigan, and this decision by the Michigan Supreme Court upholding the rule of law now allows that to happen.”

The Michigan Democratic Party, meanwhile, said it was disappointed.

"Over the course of the last 6.5 months, Governor Whitmer, with guidance from public health specialists, has enacted a set of regulations intended to protect the lives and well-being of all Michiganders. Because of her swift and decisive actions countless lives have been saved," said a statement sent on behalf of Chair Lavora Barnes. "Today's decision was handed down by a narrow majority of Republican justices who appear to be playing partisan politics with our lives."