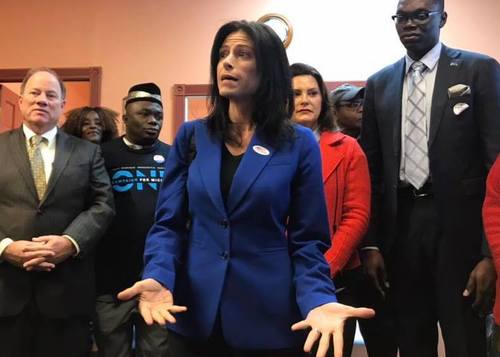 Attorney General Dana Nessel will no longer enforce a mask mandate and other orders issued by Gov. Gretchen Whitmer after a the Michigan Supreme Court struck down a law underpinning them on Friday.

From The Detroit News:

Nessel's decision comes as Whitmer's team has argued that her orders would stay in effect for 21 days after the ruling, a reference to a 21-day period in which parties can ask for reconsideration.

But opponents have said the 21-day rule doesn't apply to rulings issued in response to a federal certified question as was the case in Friday's Supreme Court decision.

Police departments across the state were said to be awaiting guidance from Nessel's office, but in a statement, Press Secretary Ryan Jarvi said its decision "is not binding on other law enforcement agencies or state departments with independent enforcement authority."

The statement went on to applaud steps taken by Whitmer to address the pandemic and encourage people to continue follow the measures voluntarily.

Whitmer has said that at least some of her orders can remain in place through "alternative sources of authority." Experts have said the state's health department has the power respond to epidemics under a separate law.