The state posts what it calls "a column" by the health department head, explaining his new emergency order in effect through Oct. 30. It reinstates face mask requirements and limits on public events that Michigan Supreme Court justices invalidated.

The Michigan Department of Health and Human Services (MDHHS) is issuing an epidemic order to sustain rules that have protected Michiganders' lives for months: requiring masks, limiting gatherings and safeguarding nursing homes.

A divided Michigan Supreme Court struck down these requirements on Friday. Our order today flows from a legal authority not at issue in Friday's case. It is important we stay the course we’ve been on. When it comes to defeating Covid-19, we're all in this together. 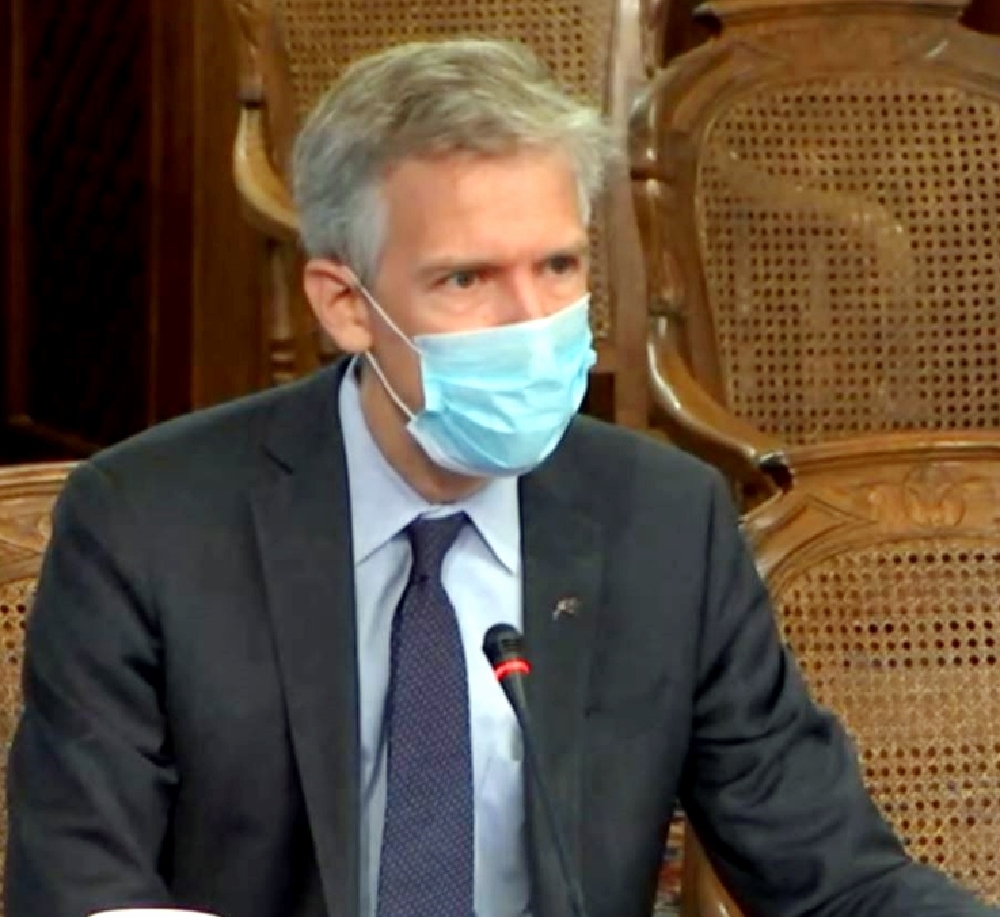 The science is clear: Wearing masks can reduce the chance of transmitting Covid by about 70%. Even with masks, transmission is likeliest when people are within six feet of each other for 15 minutes, especially indoors. The failure to take proper precautions can enable the disease to spread—whether in an East Lansing bar or at the White House.

When Michigan was hard-hit by the virus in March, strong orders based on science played an integral part in our effective response.

Michigan initially had the third most deaths per capita in the nation. Our response included firm requirements for individuals to stay home (March 23, strengthened April 9) and to wear masks (April 24). By June, cases had fallen dramatically, but they began to grow, partly due to outbreaks linked to bars.

We responded by closing bars (July 1 and 29) and strengthening the requirements around masks (July 17). The curve flattened again.

Today, Michigan has fallen to 10th for total fatalities. That ranking translates into thousands more Michiganders who are still alive. Further thousands are free from debilitating conditions that many Covid survivors face.

Now risks around Covid are rising: Students are back in school, colder weather is moving us indoors, and flu season is approaching. The number of cases has been creeping up, too.

We are tired of the virus, but the virus isn’t tired of us.

As in the spring, orders are still critical to make clear the shared norms that each of us must follow so all of us can stay healthy. For those of us who sometimes waver—and after seven months, that's most of us—orders require us, as a matter of law and civic responsibility, to stay the course and protect each other.

Scientific research has repeatedly linked mandates to reductions in Covid’s spread. Case studies do too.

In the spring, Louisiana was hit as hard as Michigan. They waited until mid-July to require masks. If our total fatality rate by population for Covid were the same as Louisiana, then 4,800 more Michiganders would no longer be with us.

Arizona and Mississippi saw little of the virus through April. They hoped for the best. Their cumulative death rates by population are higher than ours too. 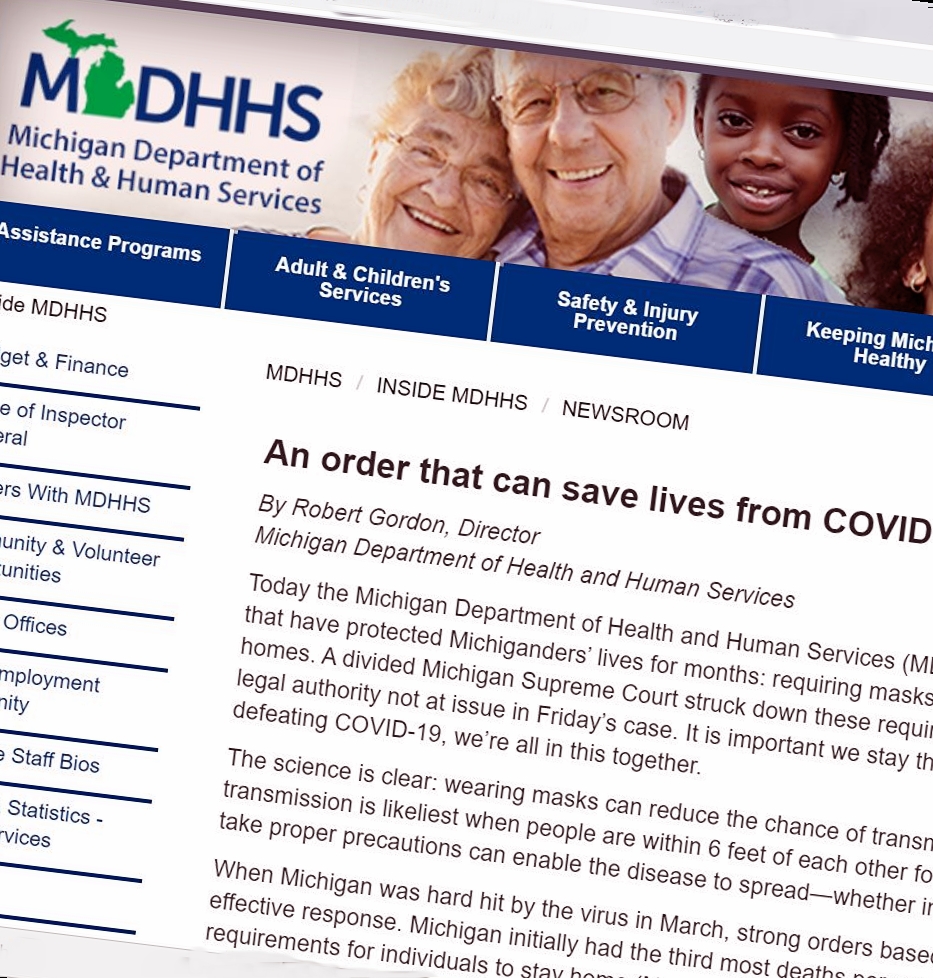 This message is at his agency's site.

In May, in Wisconsin, another divided supreme court invalidated emergency orders much as ours did. Bars threw open their doors, and cases began a rapid rise. Now Wisconsin has some of the highest Covid rates in the country.

What happened in Wisconsin can happen in Michigan. In fact, we are seeing signs of it already in the Upper Peninsula, where counties near the Wisconsin border have experienced sharp increases in Covid.

Two decades ago, when I was a law clerk, the U.S. Supreme Court rejected a nondelegation challenge by an 8-1 vote in an opinion by Justice Antonin Scalia. Since then, the doctrine has become popular on the anti-government right, and a 4-3 Michigan majority has now used it to invalidate a 75-year old Michigan law.

Even so, the legal authority under which I am acting is narrower, established specifically in response to the Spanish flu a century ago. Compared to the governor’s orders, my actions are narrower too. Just as they stand up for human life, they stand up to legal scrutiny.

We won’t need these orders forever. I have asked for feedback on today’s order, and I pledge to review the specific elements by Oct. 30. The day can’t come soon enough when a vaccine and therapeutic drugs make normal life safer again.

For now, public action is critical to saving Michiganders' lives.