Despite protests, support for police reform is limited in Detroit. Why? 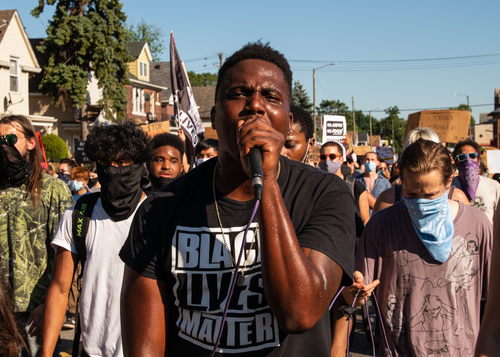 The Black Lives Matter movement has ushered in a wave of criminal justice reforms in cities and states across the country, including the reallocation of funds from police to public services, and bans on the use of teargas and rubber bullets.

Detroit, the nation's Blackest big city, hasn't seen change on that level. By and large, support for policing as we know it has remained strong in the high-crime city, even amidst a series of recent officer killings of armed suspects and brutality against demonstrators who've gathered regularly in the wake of the murder of George Floyd.

In this week's cover story, Metro Times seeks to answer the question, "what gives?"

Through conversations with more than a dozen activists, residents, politicos and lawyers, it finds:

Some view Detroit as a conservative city even though residents reliably elect Democrats. Many Black Detroiters or their parents brought conservative values from the post-Reconstruction South during the Great Migration, helping cultivate a brand of conservative liberalism.

Some also say the local media doesn't do enough to challenge DPD, creating a situation in which the department's narrative is often the only one around law-enforcement incidents. The city's high crime and poverty rates also foster support for the police and contribute to disenfranchisement. For those reasons, Detroit seems collectively unaware that its department and chief need reform, says Chris White, director of the Detroit Coalition Against Police Brutality.