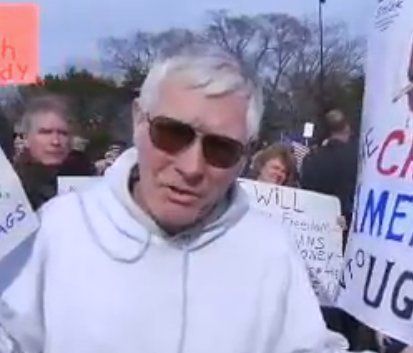 Paul Smith: "These citizens never did anything illegal."

Paul Smith, a Macomb County Republican running for the state House, defends the men  arrested Thursday in what the government calls a pair of plots to attack Michigan Capitol's and abduct Gov. Gretchen Whitmer.

"What a totally bogus sham," Smith writes on Facebook. "These Citizens never did anything illegal. Law enforcement is employed to punish people who COMMIT crimes, not people The Governess simply HATES. You can legally hurt Whitmer by voting out her minions."

Smith won a three-way primary in August with 37% of the vote. He's running in the 25th House District against first-term Rep. Nate Shannon, a Democrat from Sterling Heights who's a past city councilman and former high school teacher in L'Anse Creuse Public Schools.

"Defending a violent plot against Governor Whitmer is sadly not a new low for Paul Smith,” committee president Jessica Post says in a statement Friday. “He said he was proud to be investigated by the Secret Service for threatening President Obama’s life — he’s dangerous, and if the entire Michigan GOP doesn’t condemn him, they stand with him.

"This horrifying pattern of Smith’s is disqualifying. He has no place in the Michigan House.”

Smith, the Democratic organization says, is infamous for graphic attacks on public officials. He believed President Obama should have been publicly executed and advocated violence against other Democratic politicians.

In 2015, Deadline Detroit columnist Chad Selweski wrote about Smith, who was running for Sterling Heights mayor:

Michigan’s fourth-largest city, Sterling Heights, could soon be led by a new mayor who’s associated with homophobic and racist remarks and once displayed a poster of a bloodied, beheaded President Barack Obama that drew the attention of the Secret Service.

Mayoral candidate Paul Smith and a half dozen of his political allies, who routinely raise the ire of city officials by making inflammatory statements, are running as a loosely knit slate of candidates seeking to seize control of the seven-member city council in the upcoming November election.

Smith, a former councilman who served from 2011-13, faced repeated calls for his resignation in 2012 when a video surfaced that showed him at a tea party rally in Troy in 2009 carrying a protest sign featuring an illustration of Obama impaled through the skull by a spear.