Jocelyn Benson's directive two weeks ago is equivalent to an administrative rule, says Judge Christopher Murray at the Court of Claims, and she didn't follow the required steps and timeline, the Detroit Free Press reports. He issued a preliminary injunction blocking the Oct. 16 instruction to county clerks and municipal clerks.

"This case is not about whether it is a good idea to openly carry a firearm at a polling place, or whether the Second Amendment to the U.S. Constitution prevents the Secretary of State’s ... directive," Murray said in a written opinion issued just hours after he heard oral arguments in the case.

"The court’s ... constitutional role is properly limited to only declaring what the law is, not what it should be." 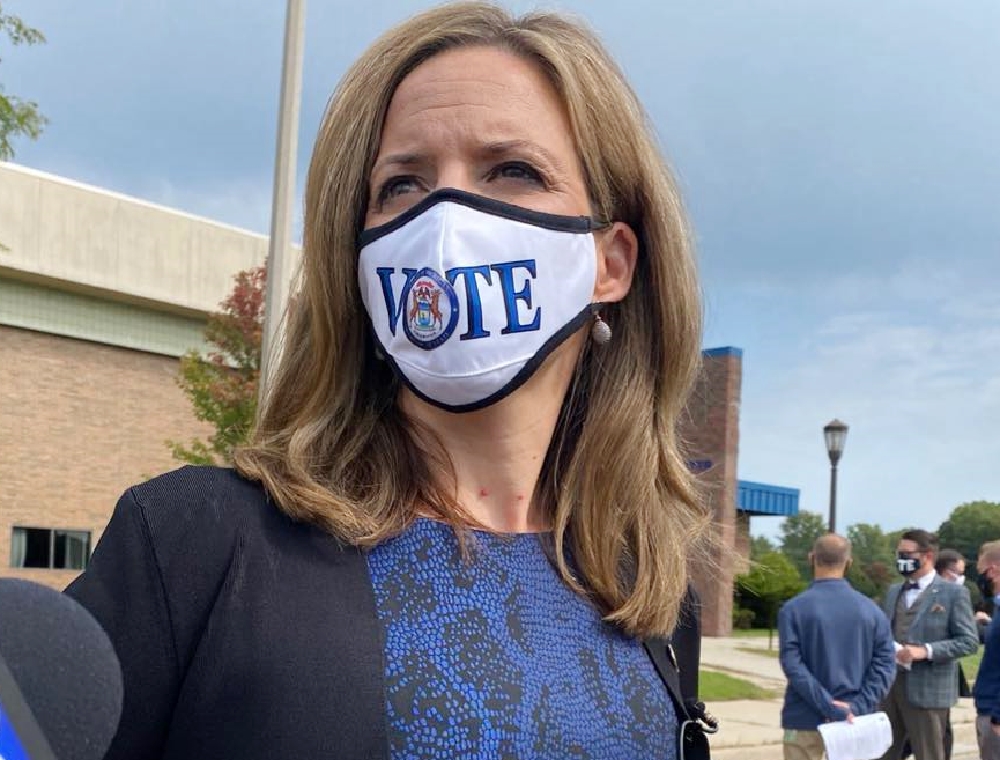 The no-guns directive was challenged in court by Wayne County activist Robert Davis and three gun rights groups. Some county prosecutors and sheriffs said they wouldn't enforce the ban on visible weapons within 100 feet of polling places.

"We intend to immediately appeal the judge's decision as this issue is of significant public interest and importance to our election process," Dana Nessel says in a statement.

The Freep posts this statement from Benson:

"As the state's chief elections officer, I have the sworn duty to protect every voter and their right to cast the ballot free from intimidation and harassment. I will continue to protect that right in Michigan."