Media pros debate the worth or worthlessness of editorial page candidate endorsements this week at Poynter and Columbia Journalism Review. But there's wide agreement that 2020 is no time for shoulder shrugs.

So The Detroit News draws ridicule by ducking a presidential pick while acknowledging: "We are living through dangerous times." 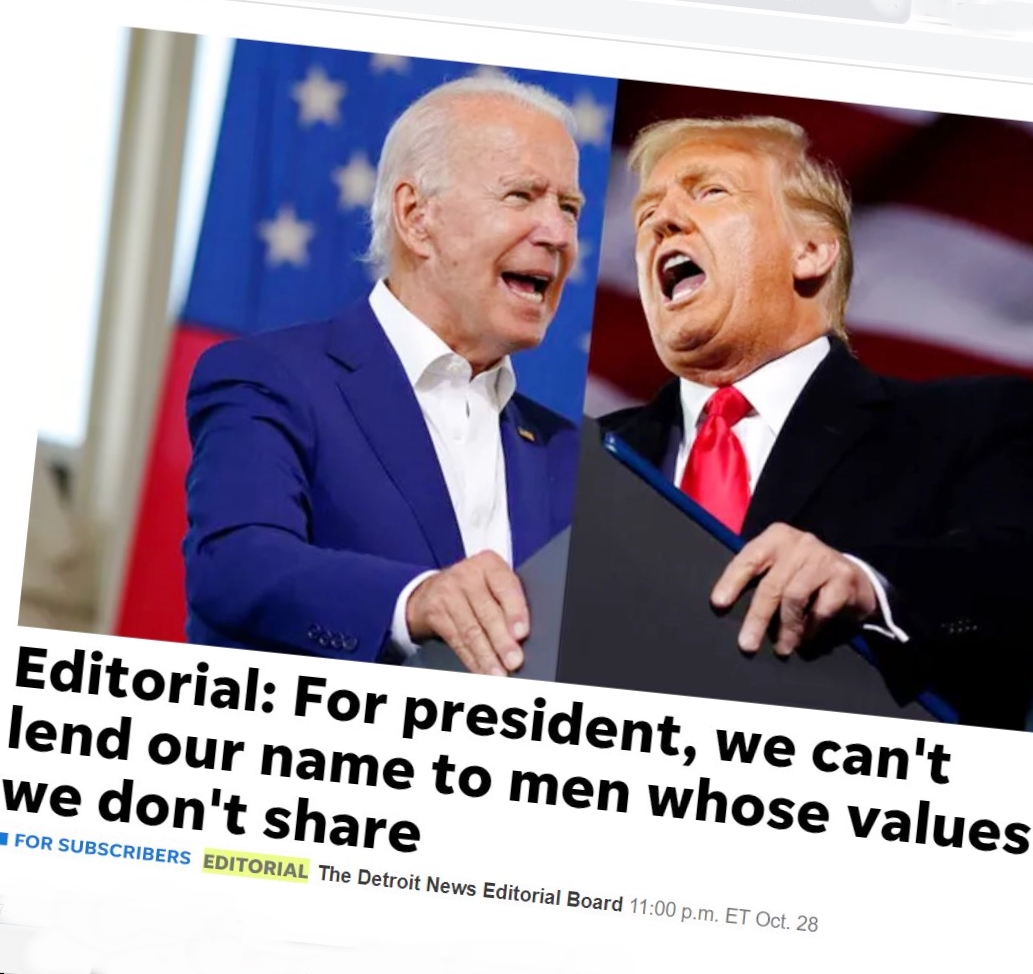 After posting 31 endorsement editorials for local, regional and statewide candidates and issues, the editorial board Thursday sidesteps the top-of-ballot choice. You don't need us, it unhelpfully suggests:

We are withholding our endorsement rather than lend The Detroit News' name to a candidate whose values and aspirations for America we do not share. ...

We are unwilling to hold our nose and pick the lesser of two evils, we realize our readers must make a choice. Our best advice to them is to select the candidate most consistent with their views and values.

Really? Then why does deputy editorial page editor Ingrid Jacques say the following in a Sept. 28 video?

One of the most important responsibilities of the editorial board is to review candidates for political offices and to offer our advice to voters on who will best represent them.

So why abdicate that duty, slinking off the battlefield five days before a decisive showdown by telling subscribers: "Vote your conscience." (Non-subscribers need to buy a paper to see the editorial, not that we endorse that.)

Here's a tl;dr bite: Trump is "petty and petulant. He acts out of raw emotion instead of reason, revels in brinksmanship and is an egomaniac to boot. His tiresome and churlish vindictiveness have helped divide the nation as never before in modern history."

But the opinion editors worry that "Biden will be a puppet president ... [who] may not have the mental or physical stamina to handle the rigors of the presidency ... [and] will be easily pulled to the fringe. That’s too big a risk." 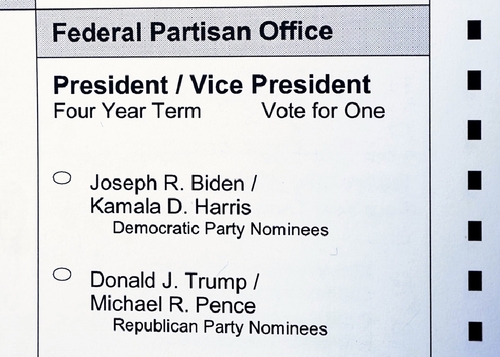 The rest of us have made or will make a critical choice.

WDIV evening anchor and talk show host Devin Scillian is among readers who push back. "I've been searching for a true undecided voter. Turns out, it's the @detroitnews," he tweets.

Dozens of comments to Scillian include one from News writer Neal Rubin, who tells the broadcaster: "Everyone else can go home. You've already won the award for best response."

We give the last words to Metro Detroit freelance photographer Jeff Kowalski, who tweets: "Grow a pair."

Detroit News Punts its Presidential Endorsement, Chooses None of the Above