Dozens of local news websites in Michigan are part of a "pay-to-play" network where conservative political organizations order one-sided stories and dictate their development, a New York Times investigation has found. 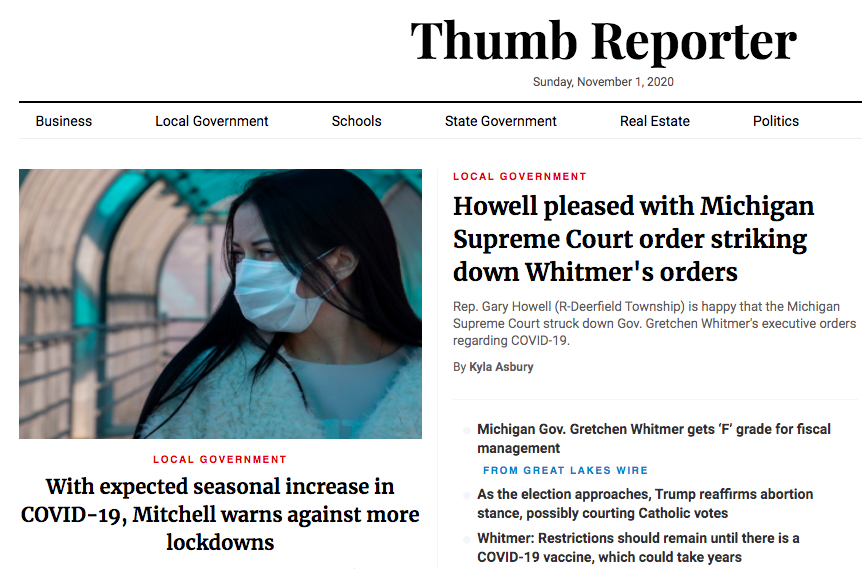 The home page of one of the sites Sunday morning.

There are 45 such sites publishing content under names like Ann Arbor Times, Detroit City Wire and St. Clair Today. They're among 1,300 across the country owned by an ex-TV reporter named Brian Timpone, who has claimed his goal is to build a sustainable future for local news.

According to The Times, political groups and PR professionals pitch or order stories from websites within the network, filing leads and providing instruction on everything from what the story should cover to who the reporter should talk to and what questions they should ask. Sometimes buyers also dictate edits. 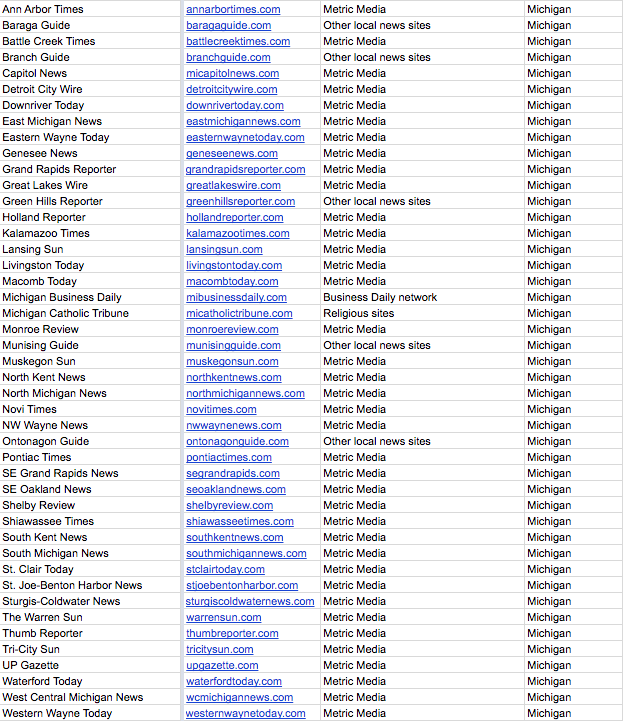 Michigan sites in the network.

In the overwhelming majority of cases, no labels identify content as sponsored, despite a Federal Trade Commission requirement that funded articles be labeled as ads. The content appears alongside benign local news stories "in service of adding legitimacy," said Times reporter Davey Alba. Stories that could make Democrats look good are often prohibited.

Timpone has said his goal is to grow local news coverage to fill gaps left by industry cutbacks — ironically, in the name of "civility."

The Times points to this comment he made to a Utah news outlet in September:

"We believe the disappearance of community news has contributed to a marked decline in civility in America. When Americans know about their neighbor's wedding anniversaries, their work promotions ... they are less likely to caricature and typecast eachother over political issues."

He would not speak directly to the paper.

News of Michigan's stealth sites was broken last fall by Carol Thompson of the Lansing State Journal, who found 37 then. She didn't document Timpone's ownership.