Covid field hospitals may reopen in Detroit and Novi

Detroit and Novi field hospitals that were pandemic backups last spring may be revived for this fall's Covid surge.

Medical beds and nursing stations were set up at TCF Center downtown and Suburban Collection Showplace by the Army Corps of Engineers and the Federal Emergency Management Agency in case hospitals ran out of space for Covid patients. Both were dismantled a few weeks later after limited use. 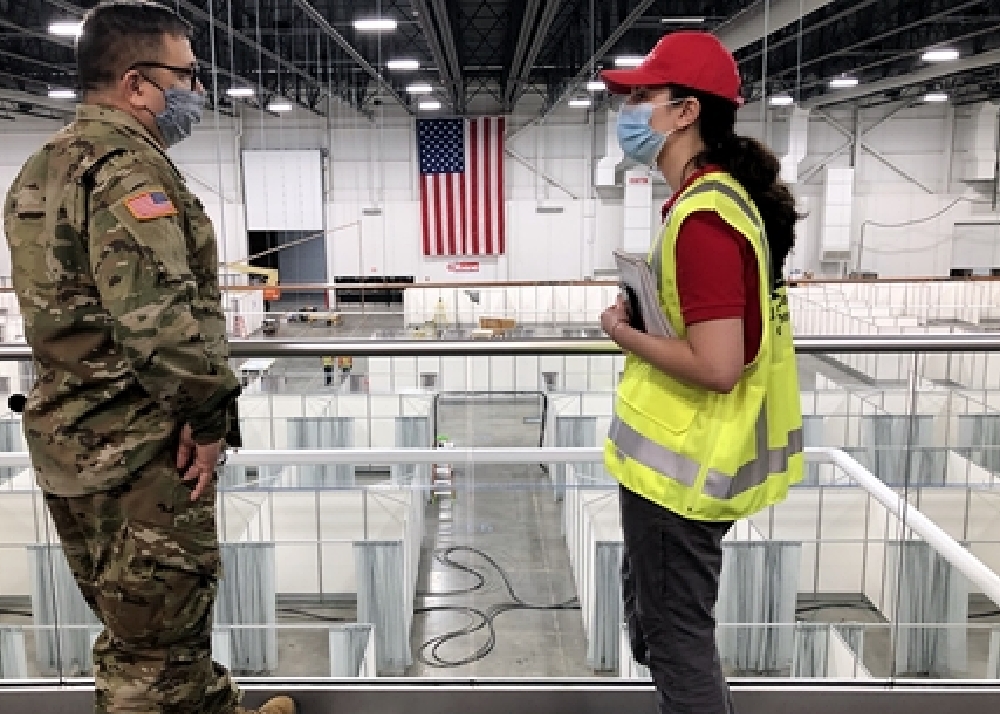 Now "our numbers are very serious," the governor says during a Zoom call with Michigan business leaders. Her administration "is weighing whether to reopen the two field hospitals that were constructed in April," Chad Livengood reports.

A second surge is starting to consume bed space in hospitals. ...

In the past two weeks, hospitalizations for patients with confirmed cases of COVID-19 have nearly doubled, rising to 2,088 on Friday, according to the Michigan Department of Health and Human Services.

That agency lists 29,614 new Covid cases during the past week, when daily records for additional cases were broken three times. Michigan has recorded 7,578 deaths linked to Covid, at least in part, and nearly 208,000 cases since March.

"We hope that additional hospitalization space isn't needed," Crain's quotes a heath department spokeswoman as saying, "but we are incredibly concerned about the increasing cases and hospitalizations."

In September, the state government renewed leases for both field hospital spaces for the last three months of 2020, the publication says.