Four days have dawned since Joe Biden and Kamala Harris crossed the victory line, yet the president and other dead-enders persist with last-stand denials.

Michiganians on that side of reality include Ronna McDaniel of Northville, chair of the Republican National Committee (RNC), and U.S. Senate race loser John James of Farmington Hills, who this week launched a joint legal fund with the RNC for election challenges. In Lansing, two Republican-led committees last weekend subpoenaed absentee ballot applications, voter registration encouragement letters and other election documents from the secretary of state's office. 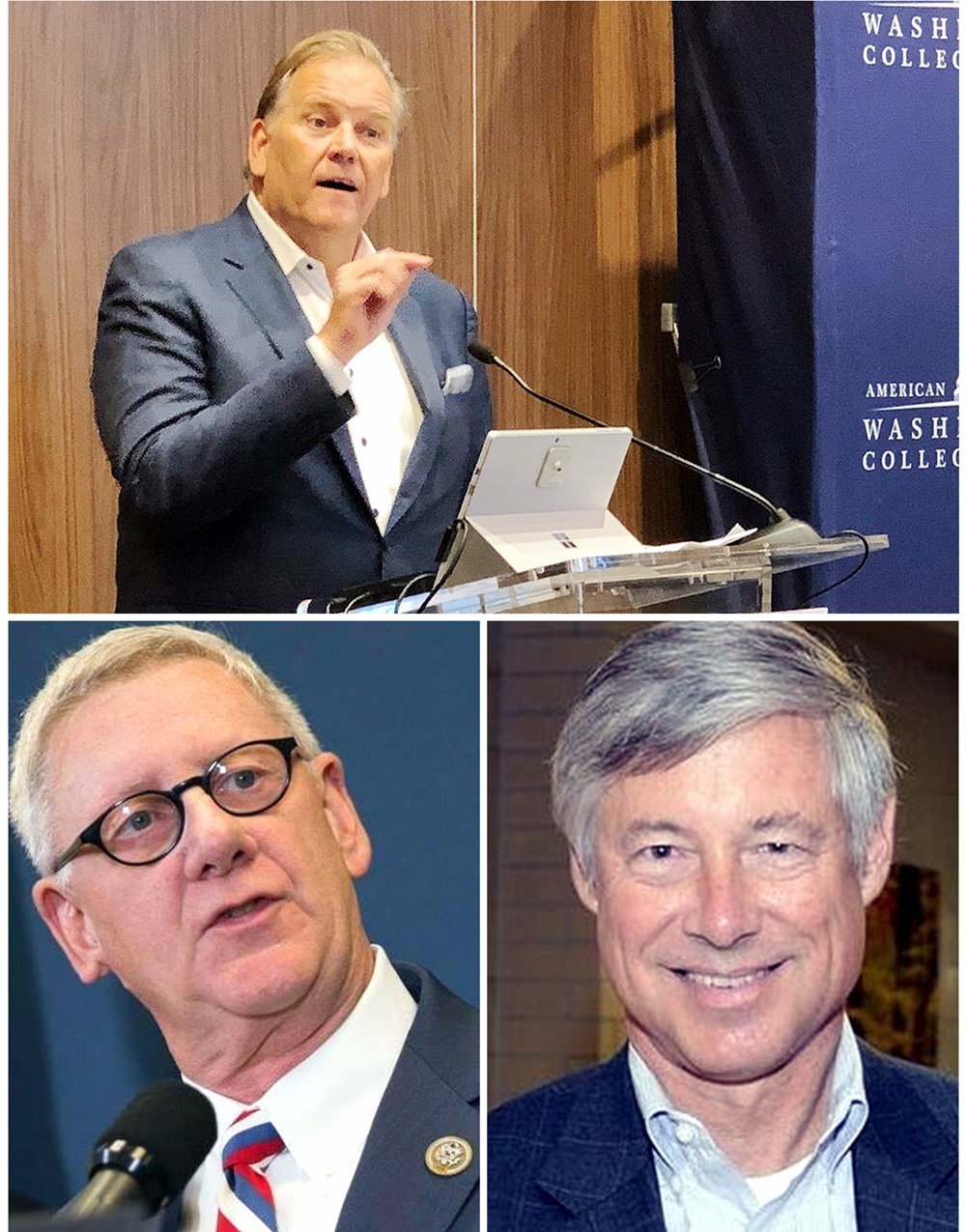 By contrast, two Republican congressmen and a seven-term former U.S. House member separate themselves from the partisan sideshows. The three high-profile Michiganians are:

"Free and fair elections are a cornerstone of democracy," Mitchell tweets. "Their legitimacy and integrity must be maintained."

Rogers, a former House Intelligence Committee chair, worries about security risks from the Trump team's lack of transition support. "We're all Americans and share the same values of democracy, free speech and freedom," he posts on social media. "More unites us than divides us."

Outgoing Rep. Justin Amash of West Michigan, who switched from Republican to Indpendent last year, also distances himself from election fraud conspiracists in the party he quit over what he called its "partisan death spiral."

After Mike Pompeo on Tuesday spoke of "a smooth transition to a second Trump administration," Amash tweeted: "This is a deeply irresponsible statement from a secretary of state."

Here are country-over-party posts by the Republican trio and Amash:

The POTUS transition is a vitally important process. It allows the incoming admin to prepare for the challenges of governing & communicates our readiness to our adversaries. This is not about politics or the election. The @USGSA must release transition funds to @JoeBiden today.

Our adversaries aren't waiting for the transition to take place. @JoeBiden should receive the President's Daily Brief (PDB) starting today. He needs to know what the latest threats are & begin to plan accordingly. This isn't about politics; this is about national security.

The votes have been counted, the American people have spoken, and they chose Joe Biden to serve as our next president. We have to find a way to come together, bridge divisions, and focus on solutions that help the millions who are struggling.

I am raising my hand and committing to working with President-elect Biden and my colleagues on both sides of the aisle in Congress to do exactly that. As Frederick Douglass said, "I would unite with anybody to do right and with nobody to do wrong."

Congratulations to President-elect Biden and Vice President-elect Harris. This election was hard-fought by both candidates and ultimately the voters chose them for the job. America now looks to you to lead our country and unite us for the common good.

.@realDonaldTrump - pronouncing that repeatedly does not make it more true. “Winning” in elections occurs when all LEGALLY cast ballots are counted and legal challenges are resolved. File legal challenges as warranted and then try some patience and calm. https://t.co/1Ac8Rr8FGb