These epidenic order rules take effect at the start of Wednesday for three weeks.
(Graphic: Michigan Department of Health and Human Services)

"The situation has never been more dire," Gov. Gretchen Whitmer said Sunday night. "We are at the precipice, and we need to take some action. ... If we don't act now, thousands more will die, and our hospitals will continue to be overwhelmed.

"We can get through this together by listening to health experts once again and taking action right now to slow the spread of this deadly virus."

She appeared with Dr. Joneigh Khaldun, the state's chief medical officer, at a briefing televised from Lansing. "The next few months are going to be hard," warned Khaldun. "The data we are seeing is alarming. Covid-19 is impacting every area of our state.

"Our healthcare systems are becoming overwhelmed. ... If we do not act now, we risk thousands more deaths, and even more people having long-term health consequences. The actions we are taking today are the best opportunity we have to get this virus under control."

She and the governor cited a medical model forecasting up to 1,000 daily deaths statewide soon unless the rate of spread is slowed. "Think about that -- a thousand a day," said the governor. 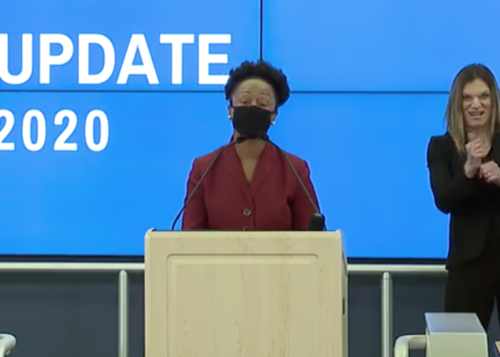 Dr. Joneigh Khaldun: "The next few months are going to be hard."

A three-week epidemic order from the health department that takes effect at 12:01 a.m. Wednesday was announced by Robert Gordon, executive health director. It bans:

"This action is not a stay-home order," Whitmer said in response to a reporter's remote question. Face masks remain mandatory in public.

"In the spring, we listened to public health experts and saved thousands of lives together," she added on Twitter. "I am personally asking each and every one of you to channel that same energy and do everything in your power to protect our communities from this virus and save lives again."

Michigan recorded more than 44,000 new confirmed infections this past week, the fifth weekly record in a row. (See two-month chart below.) Covid hospitalizations and deaths also are climbing.

The rules on public activity come from the Department of Health and Human Services, rather than as executive order from the governor, for this reason, the Detroit Free Press explains:

On Oct. 2, the Michigan Supreme Court struck down as unconstitutional the Emergency Powers of Governor Act of 1945. It was the main tool Whitmer had been using to issue emergency orders related to the pandemic after the Legislature at the end of April declined to extend a state of emergency under the Emergency Management Act of 1976.

Since the 4-3 ruling along partisan lines, Whitmer has relied on the Michigan Public Health Code to continue a statewide requirement for face coverings indoors at public spaces and at crowded places outdoors, limit gathering sizes, and place capacity and other restrictions on bars and restaurants. 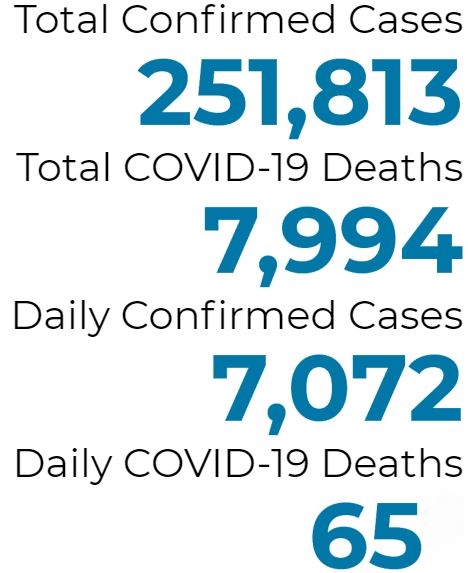 The latest state figures show nearly 7,100 new confirmed diagnoses from Friday to Saturday, plus 65 more deaths linked to the plague. Nearly 8,000 fatalities in Michigan since mid-March are related to coronavirus, at least in part.

During the governor's live message, Senate Majority Leader Mike Shirkey issued a statement saying: "We are disappointed that Gov. Whitmer chose to go it alone, again."

That type of reaction was criticized earlier in the day by a Detroit Free Press editorial.

Under a headline that says, in part, "Michigan lawmakers should step up or step aside," the paper notes that House Speaker Lee Chatfield and Shirkey "rejoiced [two weeks ago] at the end of Whitmer's statewide mask mandate and hailed the dawn of a new era in which only the more limited pandemic restrictions supported by Shirkey and his GOP colleagues would be enforced."

"Citizens will benefit the most," Shirkey said in an Oct. 2 statement. Both leaders promised Republicans would move quickly to authorize any public health measures that were genuinely needed to protect their constituents. ...

If Chatfield and Shirkey are so eager to play a bigger role in managing the pandemic, why aren't they playing it? Why do they seem more interested in defending the prerogatives of local government officials and private business owners than in providing the resources and enforcement powers to protect their constituents' health?

It seems clear to almost everyone else that Michigan and other states will have to strengthen restrictions, not loosen them, if they hope to avoid a public health catastrophe this holiday season. 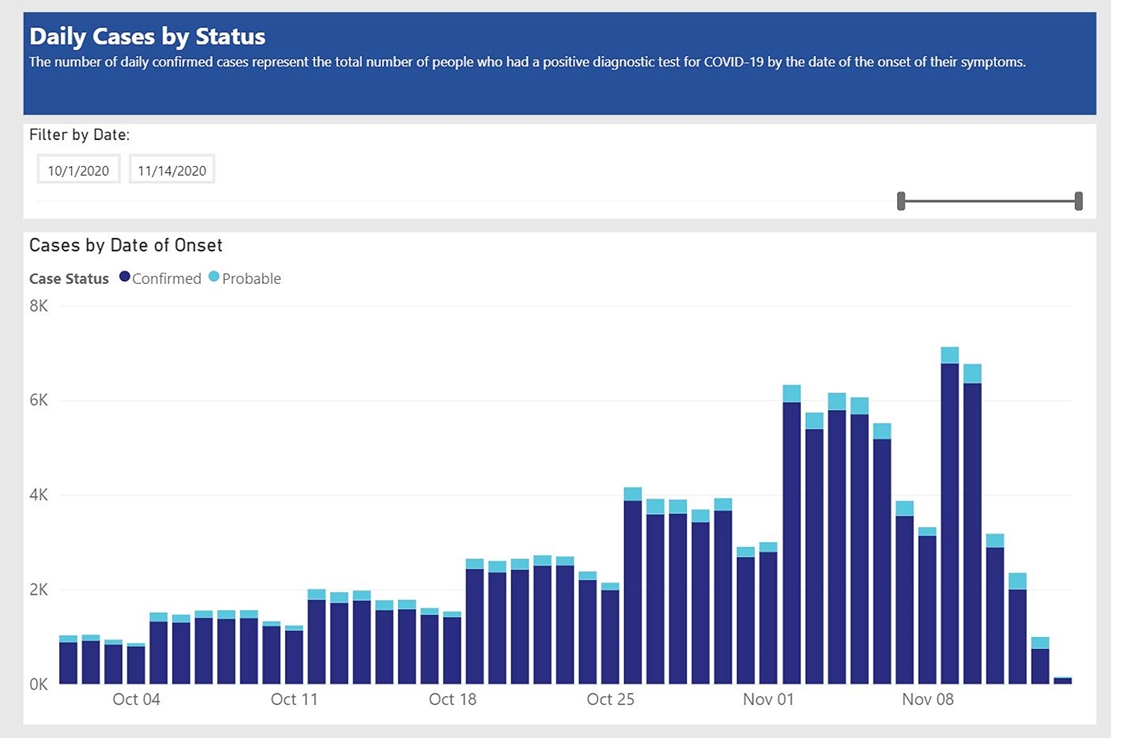