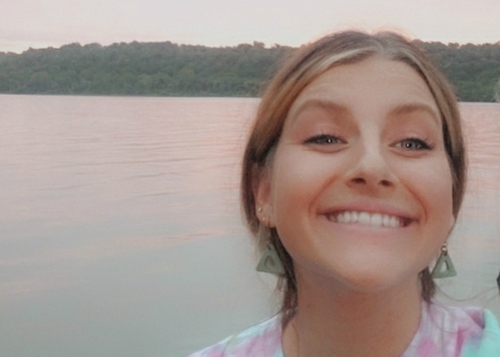 A Macomb County server who will soon be out of a job due to a new wave of restaurant shutdowns now has a small cushion to help her get by, thanks to the generosity of a customer.

Alysha Kengel, of Art and Jakes Sports Bar in Shelby Township, received a $500 tip on a $55 tab Monday from a man she'd never waited on before. He signed the receipt with a dig at Gov. Gretchen Whitmer, who on Sunday announced a three-week suspension of indoor dining to help ease a second surge of coronavirus cases in the state.

"Sorry our governor is an idiot!" he wrote. "Enjoy a couple weeks off!"

Kengel said she screamed and gave the man a hug upon realizing how much he'd left. Her manager bought he and his party a round of shots.

"It was just super overwhelming," she said. "It definitely helps with the uncertainty."

The man looked to be in his mid-twenties, Kengel said. A photo of the receipt posted to Facebook has received hundreds of shares.

As for the content of his message, Kengel says she doesn't agree.

"I don't personally think (Whitmer is) an idiot, I think we’re all just trying to figure it out," she said. "It sucks we have to bear the brunt of it, but someones gotta do it for everyone to be safe and healthy." 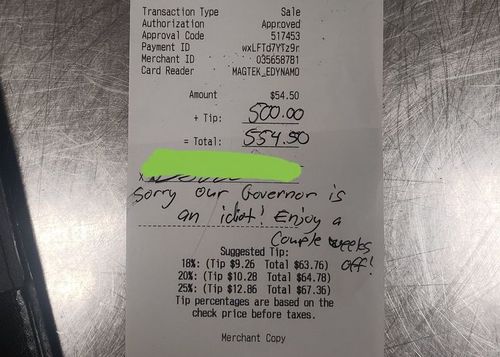 Kengel, 28, says she's not sure she'll be able survive another prolonged shutdown without the federal unemployment assistance that was available during the first.

"Living off what (the state gives) — like minimum wage — is definitely scary because I have bills," she said. "And with the holidays and the whole election chaos, we don’t know what’s going to happen."