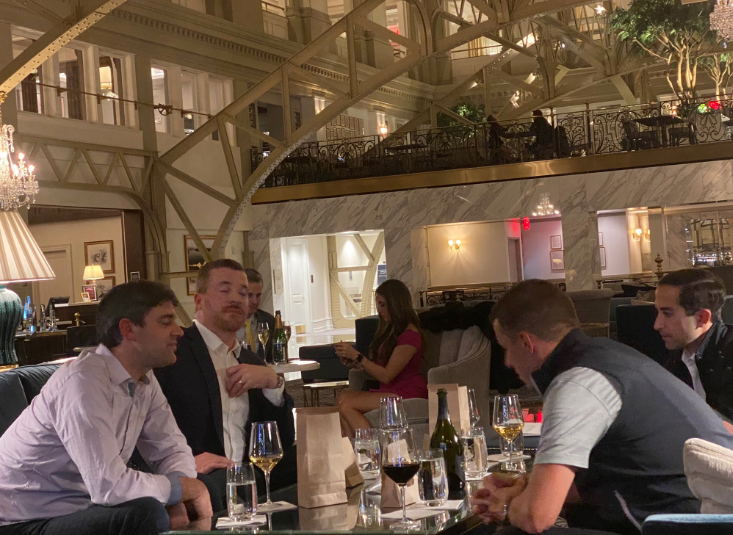 On Friday in the nation's capital, Michigan Senate Majority Leader Mike Shirkey, House Speaker Lee Chatfield and a handful of other Republican lawmakers met with President Trump. Afterwards, they reassured the public that they would take no steps to nullify the state's presidential votes, contrary to what many suspected Trump wanted.

But that night at the Trump International Hotel in D.C., Chatfield, Rep. Jim Lilly and others gathered at the hotel's Benjamin Bar & Lounge in apparent celebration. Photos posted to social media showed the group with what appeared to be a bottle of Dom Pérignon that cost at least $495, according to the lounge menu.

What were they celebrating? Draw your own conclusions.

Side note: At the time this happy hour was taking place, Shirkey's and Chatfield's faces were being projected on the front of the hotel itself, as part of a message reminding them of what the vote in Michigan actually was:

A source shared these photos. Democratic protestors are projecting a message onto the Trump Hotel in DC tonight, where Shirkey and Chatfield are thought to be staying: “The World is Watching. Voters Decided.” pic.twitter.com/g0KHjjKCUy